A Turkish Airlines flight that made an emergency landing following a bomb threat is to continue on its intended journey after no explosives were found on the plane.

Flying from Istanbul to Sao Paulo, flight TK15 was forced to land in the Moroccan city of Casablanca on Monday after a note warning of a “bomb” was found in one of the aircraft’s toilets.

After an emergency landing at Casablanca’s Mohammed V Airport, the airline said the incident was a hoax and the plane, carrying 256 people, would continue to Sao Paulo.

“Our passengers will be retaken onboard and the flight will continue to Sao Paolo after the termination of cleaning and refuelling processes and after the provision of necessary permissions,” the airline said.

Turkish Airlines defended the emergency landing saying it was standard procedure under such circumstances.

The airline said a similar incident occurred on Sunday on a flight from Istanbul to Tokyo, that returned to Istanbul before being cleared. It said it believes the two incidents are unrelated. 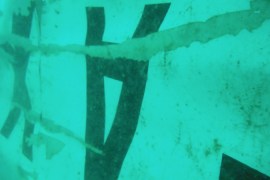