The timeline for the withdrawal of US troops from Afghanistan is expected to be high on the agenda during Afghan President Ashraf Ghani’s first visit to Washington this week.

Ghani, who arrived in the US on Sunday, is due to meet US President Barack Obama on Tuesday and will also hold meetings with Secretary of State John Kerry and Defence Secretary Ashton Carter during his four-day visit.

The president – who came to power in September – intends to relaunch peace talks with the Taliban and wants to persuade Obama to delay his plans to withdraw some US troops by the end of 2015.

The US has about 9,800 US forces in Afghanistan to train and support the Afghan military, but the Obama administration plans to reduce that number to 5,600 by the end of the year and withdraw the rest by the end of 2016. A small number of troops will remain in the country to protect the US embassy.

John Campbell, the head of the US forces in Afghanistan said he is concerned about the summer, which he says, is the first season of fighting in which Afghan troops are “completely on their own”.

US Defence Secretary Ashton Carter told the Reuters news agency that Obama is “considering a number of options to reinforce our support for President Ghani’s security strategy, including possible changes to the timeline for our drawdown of US troops”.

In an interview with the US NPR network, Ghani said that the majority of Afghans want the US military presence to continue. “They see the United States as critical to their future”.

Ghani also spoke about the looming threat from the Islamic State of Iraq and the Levant (ISIL) armed group.

“They are posing a threat, but we are determined to make sure that they do not do the kind of atrocities that they’ve managed so well in Syria, Iraq, Libya, or Yemen,” he said.

US State Department spokesperson Jen Psaki said that the US is taking that threat very seriously but believes the presence of ISIL in Afghanistan is only represented by a few marginalised members of the Taliban. 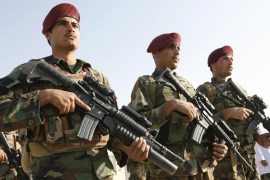 Quietly classifying US spending on Afghanistan

US Defense Department has tried to keep quiet how much it is spending on the war-torn country. 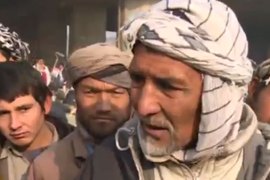 Afghan economy in crisis after US troops withdrawal

Many struggle to find work due to absence of foreign troops and aid groups that had created thriving “war economy”. 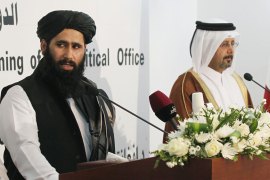 US denies any planned talks with Afghan Taliban in Doha