Police in Afghanistan have arrested nine suspects after a mob beat a woman to death for allegedly burning a copy of the Quran and then set her body ablaze.

The head of Afghanistan’s police criminal investigation department said nine people had been taken into custody on Friday after the woman’s body was dumped into the Kabul river.

General Farid Afzali said police “reacted too late” after the 27-year-old woman, who had been receiving psychiatric treatment, was killed by a large group of men in Kabul on Thursday.

President Ashraf Ghani ordered an investigation into the incident, condemning the “act of extreme violence”, in a statement released by his office.

“No individual is allowed to make oneself a judge and use violence to punish others in degrading manners,” the statement said.

Ahmad Ali Jebreili, a member of Afghanistan’s Ulama Council that specialises in Islamic law, condemned the attack, accusing it of contravening Islam.

Acts of desecration towards the Islamic holy book are taken extremely seriously in Afghanistan, a deeply conservative, religious society.

In 2012, the revelation that copies of the Quran had been burnt at the US-run Bagram prison sparked five days of violent anti-US riots and attacks across the country, which killed 30 people. 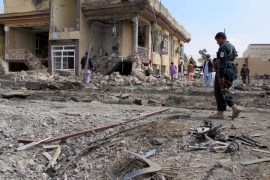 At least seven killed and 41 others wounded in a suicide bombing targeting provincial officials in Helmand province. 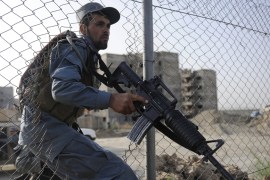