Turkey has criticised United States Secretary of State John Kerry for suggesting that negotiations would have to be opened with President Bashar al-Assad to end the conflict in Syria.

Foreign Minister Mevlut Cavusoglu told the state-run Anatolia news agency on Monday that all Syria’s current problems, on the fourth anniversary of the start of the uprising in March 2011, were caused by Assad’s government.

“What is there to be negotiated with Assad?” Cavusoglu was quoted as saying at the end of his visit to Cambodia.

“You are going to have what [kind of] negotiations with a regime that has killed over 200,000 people and has used chemical weapons?” he asked. “Up until now, what result has been reached [with the regime] through negotiations?”

He said all parties needed to work for a political “transformation” in Syria.

The Syrian government has repeatedly been accused of using chemical weapons, even after a 2013 international agreement for its chemical arsenal to be moved out of the country and destroyed.

Kerry over the weekend conceded that “we have to negotiate in the end” with Assad.

But State Department spokeswoman Marie Harf said later that Kerry, in the interview with CBS, was not specifically referring to Assad. She reiterated that Washington would never negotiate with the Syrian leader.

Harf added: “By necessity, there has always been a need for representatives of the Assad regime to be a part of this process. It has never been and would not be Assad who would negotiate – and the Secretary was not saying that today.”

Turkish President Recep Tayyip Erdogan has pressed for the exit of Assad as the key for any solution to end the violence in Syria.

With strains growing between Washington and Ankara, US officials have also been disappointed by what they call Turkey’s limited support for the US-led campaign against the Islamic State of Iraq and the Levant (ISIL) group.

Ankara has so far declined to give the US permission to use the Incirlik airbase in southern Turkey as a base for raids against ISIL fighters in Syria.

Cavusoglu said two issues had to be solved to bring peace to Syria: destroy ISIL and “other terrorist groups”, and bring about a political transformation in Syria with the departure of the Assad government. 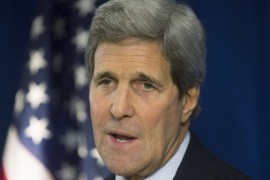 Kerry says US willing to negotiate with Syria’s Assad

Washington and allies exploring options to bring Assad back to the table, Kerry says on fourth anniversary of conflict. 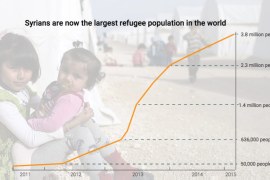 Syria: A home no more

With a staggering half of the country now forced to flee, Syrians have become the world’s largest refugee population. 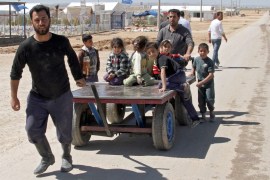 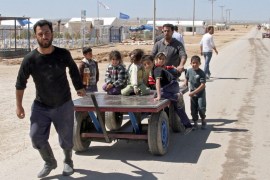