John Kerry, US secretary of state, and his Iranian counterpart Mohammad Javad Zarif held four hours of nuclear talks on Monday in the Swiss city of Lausanne. The Iranian delegation later headed to Brussels for meetings with European ministers. After their meeting in Brussels, the Iranian delegation will return to Lausanne for more talks with the Americans, and will be joined later in the week by European ministers.

Kerry and Zarif are aiming to agree on the outlines of an agreement by the end of March, but Kerry has acknowledged that “important gaps” still remain.

Al Jazeera spoke to Reza Marashi, research director at the National Iranian American Council, on the nuclear negotiations under way in Lausanne.

Al Jazeera: You are following this extremely closely. Where do you think the remaining gaps are?

Reza Marashi: The remaining gaps are truly in the weeds, such as things on sanctions relief. They have a general idea of what sanctions relief might look like, but they are arguing over how much Iran might get upfront, what will be phased over time, what gets lifted versus what gets waived.

So figuring out what happens when is going to be critical.

You could say the same thing about the duration of the deal. How long the deal will last dictates what will happen at each particular phase of the deal.

Al Jazeera: You are not in the room listening to all the negotiations, but having followed this for a very long time, what do you think of the chances of a deal?

Marashi: I am cautiously optimistic. My caution is because there has been three decades of US-Iran enmity.

So I understand that at any point in the process, it could go from good to bad.

Al Jazeera: Will the International Atomic Energy Agency (IAEA) be the agency to police this deal, and will that be controversial?

Marashi: I think that inspections and verifications are going to be one of the most critical components of any nuclear deal that is signed with Iran. And the Irianans actually agree.

This is also something both sides are actually haggling over: What will the inspections and verifications actually look like? How will they change over the duration of a deal – the beginning middle and then end?

So figuring that out, finding something that is digestible for both sides, is now the issue at hand, not whether or not it will take place. 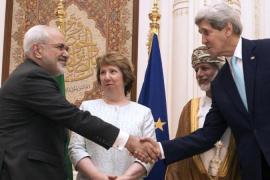 Two days of talks in Oman end with no sign of a breakthrough ahead of a November 24 deadline for an agreement. 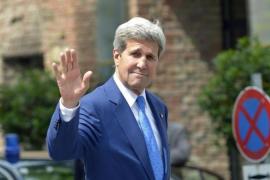 Foreign Minister Zarif hailed the “good exchange” but the US said there was still work to do to reach a nuclear deal. 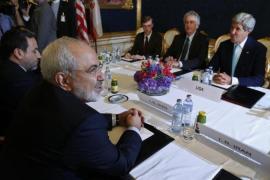