The head of Turkey’s intelligence service has resigned to run in a parliamentary election in June, officials said.

He is seen by some officials in Ankara as a potential future foreign minister.

Two senior Turkish officials said on Saturday that Muhammed Dervisoglu, undersecretary of public order and security, would be most likely to replace Fidan at the National Intelligence Agency.

Under Turkish law, state officials wishing to stand in the elections must resign from their posts by February 10.

Fidan’s move into politics would give Erdogan, who became Turkey’s first popularly-elected head of state last August, another loyal ally in the top ranks of the ruling Justice and Development Party (AKP), helping cement his grip on government.

“He will make the best of any job in any place,” Prime Minister Ahmet Davutoglu was quoted by the Hurriyet newspaper as saying this week, describing Fidan as “brave and valiant”.

Deputy Prime Minister Bulent Arinc questioned the need for Fidan to leave the MIT, saying he had been doing the work of a “superman”.

“Personally, I think seeing a person, who was assigned the duty of superman, entering the parliament to become a MP is a waste,” he told the CNN-Turk television channel, quoted by Anatolia.

The intelligence agency could not immediately be reached for comment.

Fidan was appointed by Erdogan almost five years ago. He has played a key role in peace talks with Kurdistan Workers Party (PKK) fighters, who have waged a three-decade battle for greater Kurdish autonomy in Turkey’s southeast.

He has also been a central figure in the power struggle between Erdogan and Muslim cleric Fethullah Gulen, a former Erdogan ally based in the United States whose network of followers wields influence in Turkey’s police and judiciary.

Erdogan blames Gulen for orchestrating the corruption scandal as part of an attempted coup. Fidan’s MIT, unlike the police, has remained firmly under Erdogan’s control.

The legislative election in June is seen as a critical moment in Turkish modern political history, with Erdogan seeking a crushing majority for the AK Party that he co-founded.

This would allow the AKP to change the constitution to give Erdogan, who became president in August after over a decade as premier, sweeping new powers as head of state.

Erdogan said on Friday that he wanted 400 supportive lawmakers in the 550-MP parliament to create the “new Turkey” that he plans. 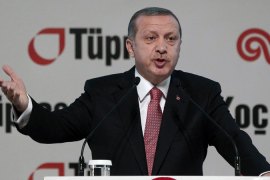 President’s presence in cabinet meeting viewed by his critics as another sign of increasingly authoritarian rule. 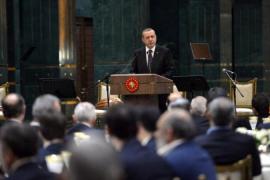 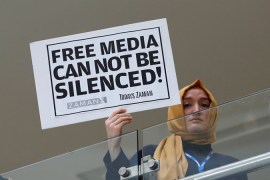 ‘Erdogan has won this war’