The number of civilians killed and wounded in Afghanistan has jumped 22 percent in 2014, the UN has said.

The United Nations Assistance Mission in Afghanistan on Wednesday attributed the rise to an intensification in ground fighting, resulting in a total of 10,548 civilian casualties in 2014, compared with the 2013 figure of 8,637.

The number of civilian deaths rose 25 percent to 3,699 while the number of injured was up 21 percent to 6,849. The total casualty figure is the highest recorded in a single year since the UN began compiling its reports in 2009.

For Afghan women and children, the anguish of losing a husband and father in the conflict is often only the beginning of their suffering and hardship.

Al Jazeera’s Nicole Johnston, reporting from Kabul, said one of the major reasons has been the increase in high explosive weapons used in attacks.

“Another reason has been the widening of the ground offensive and these have taken place close to the major regional centers.

“Many civilians have therefore been caught in the middle of fighting,” our correspondent said.

The UN said the new figures underlined the dire social and economic consequences of civilian losses on Afghan society, with the deaths or injuries of men often leaving their wives as the sole breadwinners of their households, forcing them to marry off their daughters or take children out of school to work.

“For Afghan women and children, the anguish of losing a husband and father in the conflict is often only the beginning of their suffering and hardship,” said UNAMA Director of Human Rights Georgette Gagnon.

“Rising civilian deaths and injuries in 2014 attests to a failure to fulfil commitments to protect Afghan civilians from harm,” added Nicholas Haysom, the UNAMA head.

UNAMA had previously noted a leap in civilian casualties linked to the intensification in ground fighting between government and rebel forces, in its last report published in July 2014. 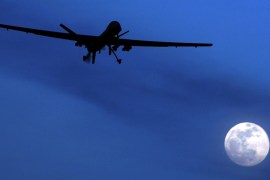 Country’s intelligence agency says the commander, identified as Mullah Abdul Rauf, was killed along with five others.