The Syrian opposition groups meeting in Saudi Arabia want to agree on a transitional government in the country that does not include President Bashar al-Assad, according to Syrian National Coalition official Monzer Makhous.

The two-day, closed-door talks are seen as the most serious effort yet to unify the opposition, a step considered vital to peace talks sought by world powers but which has angered Iran.

The talks, held at a heavily secured luxury hotel in Riyadh, are chaired by Abdulaziz Sager, a Saudi who heads the independent Gulf Research Centre in Geneva.

Opposition figures say Saudi Arabia initially invited about 65 participants, 15 of them from armed groups, but disagreement over the Assad’s role in the new government was a major stumbling block before the meeting.

The meeting in Riyadh was scheduled to try to unite the Syrian opposition before potential talks with the Assad’s government.

Before Wednesday’s gathering, Khoja, who is based in Istanbul, said in a statement that he was “optimistic” that the attendees would reach an agreement on “forming a negotiating team and on the principles of negotiations” with Assad’s government.

The opposition groups at the meeting reportedly also agree on the civil nature of the future Syrian state, which will unite all territories in the country and root out terrorism, including the Islamic State of Iraq and the Levant (ISIL) group.

“Assad is why ISIL is there, he’s the one who allowed them to grow and prosper for a couple of years,” Khaled Batarfi, assistant professor at Al Faisal University, told Al Jazeera.

“ISIL hardly ever has conflict with the Syrian leaders. He’s the problem himself and he cannot be part of the solution.”

One of the most powerful forces in Syria, al-Nusra Front, has been listed by the United States and the UN as a terrorist organisation and Syrian opposition politicians have urged the group to disassociate itself from al-Qaeda.

“If everything goes well in Riyadh, some groups will distance themselves from Nusra,” Marwan Kabalan, a Syria expert, told Al Jazeera.

“There could also be a split within Nusra. Some may join ISIL and others may, for example, join Ahrar al-Sham.”

Ahrar al-Sham, meanwhile, wants the opposition meeting in Riyadh to insist that Assad will face justice and that Syria’s “institutions of oppression” are dismantled.

The group, whose founders had links to al-Qaeda, is taking part in the meeting and its uncompromising statement reflected the divisions which the meeting will have to overcome if it is to agree a joint approach.

Ahrar al-Sham said some of those invited were “closer to representing the regime than the people and the revolution”, and the rebel representation at the Riyadh talks did not fairly reflect their presence on the ground.

Meanwhile, Gulf leaders have started arriving in Riyadh for a regional summit.

The 36th ordinary session of the Supreme Council lists security issues and the conflicts in Syria and Yemen high on the agenda. 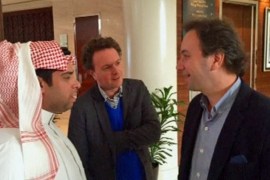