In the 23 years since the world first gave serious recognition to the issue of climate change, at the1992 Earth Summit in Rio de Janeiro, carbon emissions from fossil fuels have moved in one direction: up.

In 1992, it is estimated, 6.13 billion tonnes of carbon was emitted from fossil fuel consumption and cement production.

Today, despite 21 annual UN climate conferences, that figure has risen to more than 10 billion tonnes.

Despite data suggesting that the rate of increase has slowed, levels of carbon dioxide in the atmosphere – a prime cause of global warming – are higher today than they have been for more than 800,000 years.

This has caused some scientists to look at other ways of halting global warming: large-scale interventions in the Earth’s climate system known as geo-engineering.

As most of the Earth’s heat comes from the light of the Sun, a number of geo-engineering ideas are based on the idea of reflecting more light back into space.

One idea is to brighten the clouds by spraying salt water into the sky.

The technique is based on the idea that the salt particles would allow water droplets to form more dense and reflective clouds.

Logistically this would require required a massive fleet of aircrafts or hundreds of towers, and as yet there is no evidence to suggest it would have a significant impact.

Another expensive and unproved idea is to place a reflective mirror or mirrors in space to block and reflect the sunlight.

Proponents of the technique admit the mirrors would block less than two percent of the Sun’s rays and would have to be 1.5 million sq km in size, slightly smaller than Greenland, or number in their millions, making the idea prohibitively expensive.

A third possible technique takes its cue from the eruption of Mount Pinatubo in 1991, which resulted in more than 20 million tonnes of sulphur dioxide being put into the atmosphere.

Over the following two years, the eruption cooled the Earth by about half a degree centigrade.

“If we purposely sprayed sulphur dioxide into the upper atmosphere, we could cool the planet,” Marcia McNutt, editor-in-chief of Science, told Al Jazeera.

“If we continued to spray SO2 into the upper atmosphere we could continuously cool the planet and therefore offset some of the greenhouse warming.”

One problem with the technique is that sulphur dioxide damages the ozone layer, which would allow dangerous radiation through.

The sulphur dioxide also lingers for years in the atmosphere, making the process hard to undo if things go awry.

“They would have to dramatically step up over time as the carbon dioxide went up, you would also have to step up the geo-engineering effort over time to try to counter-act it,” said Piers Forster, professor of physical climate change at the University of Leeds and principal investigator of a project to assess the viability of geo-engineering concepts.

Scientists have also been looking at the ways  that the ocean takes carbon dioxide out of the atmosphere.

One experiment in the waters off New Zealand saw researchers add iron to the ocean to trigger a bloom of tiny plant and plant-like phytoplankton.

The result was a massive bloom of the organisms, so much so it was visible from space.

“The amount of carbon that might be removed by iron fertilisation on a long-term basis would appear to be minor compared to fossil-fuel emissions,” said Dr Cliff Law, principal scientist for Marine Biogeochemistry at NIWA in Wellington.

“There is also concern regarding possible unintended side-effects that might occur if large-scale fertilisation were carried out.”

As seductive as it is to believe that there is a quick fix for the problem of climate change, most of the ideas being explored only offer a short-term and local solution and could in some cases potentially make things worse.

“These technologies are all currently quite hypothetical,” says Forster.

“People have tried things on quite a tiny scale so one of our conclusions was that they will take a very long time to develop and be relatively expensive.”

New technologies do have a role to play but most scientists say they won’t ever be a substitute for reducing carbon emissions. 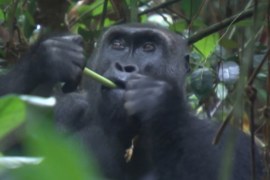 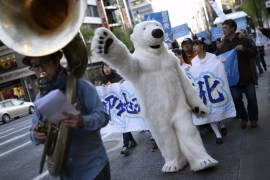 Upcoming Paris conference will have a major impact how we live our lives and those of future generations. 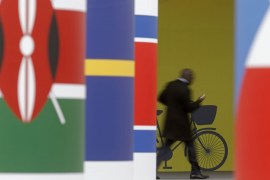 The politics of climate change

No sanctions for countries that renege on their commitments, therefore, no point in making a legally binding agreement?