Former US president Jimmy Carter told church parishioners in his native state of Georgia that he is free of cancer.

The 91-year-old Nobel peace laureate and global humanitarian recently had a tumour removed from his liver, only to find four melanoma spots on his brain.

“My most recent MRI brain scan did not reveal any signs of the original cancer spots nor any new ones,” Carter said in a statement on Sunday.

“I will continue to receive regular three-week immunotherapy treatments of pembrolizumab,” he added, referring to a cancer drug.

A friend and parishioner of Carter’s told The Atlanta Journal-Constitution the former president made the announcement towards the beginning of the Sunday school class he leads.

“He said he got a scan this week and the cancer was gone,” church congregant Jill Stuckey told the paper, adding “the church, everybody here, just erupted in applause”.

Last month, the Carter Center said the 39th US president was responding well to treatment and there was no evidence of new growth.

Carter has long worked towards peace in the Middle East during his 1977 to 1981 presidency and after.

Carter outraged many Israelis with his 2006 book Palestine: Peace Not Apartheid. He has also repeatedly reached out to Gaza’s Hamas leaders, who are shunned by much of the West. 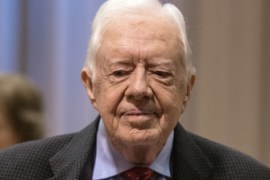 Jimmy Carter reveals cancer has spread to his brain

Ex-US president has melanoma in four spots in his brain and will begin radiation therapy immediately. 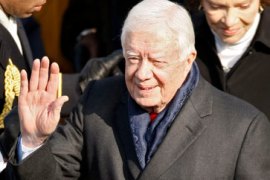 The former US president talks about Middle East diplomacy and his peace plan. 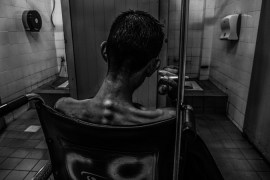 Debunking the myths of cancer

February 4 is World Cancer Day, so we ask: could this disease be eradicated?