The United States says the Islamic State of Iraq and the Levant (ISIL) group has made up to $1.5bn from looting banks in Iraq and Syria, and from black market oil sales.

Speaking at Chatham House in London on Thursday night, senior US Treasury official Adam Szubin said the US was working with the Iraqi government and other allies to prevent ISIL from having access to its funds.

“ISIL has made more than $500m from black market oil sales. It has looted between $500m and $1bn from bank vaults captured in Iraq and Syria,” Szubin said.

“And it has extorted many millions more from the populations under its control, often through brutal means.”

Szubin said that in 2015 year alone, the US had placed financial sanctions on more than 30 “ISIL-linked senior leaders and financiers”.

“ISIL is wealthy. But it has its vulnerabilities. Waging a multi-front war while attempting to essentially act as a proxy-state requires steady and renewable sources of funding,” he said.

“ISIL needs funds to pay fighters and procure weapons, to maintain its infrastructure, and to provide basic services to the people living in the territory it controls. And ISIL needs to access the international financial system – to move money abroad, to transfer funds, and to import needed supplies.

“We are targeting both of these dependencies – ISIL’s ability to generate revenue, and its ability to use that revenue.”

“He was one of the most senior and experienced members of ISIL’s financial network and he was a legacy al-Qaeda member,” a Pentagon spokesman said.

According to the US, Abu Salah was the ISIL’s third financial leader to be killed in as many months.

Along with its accumulation of vast financial resources, ISIL, which seized large swaths of Syria and Iraq in recent years, has also gained access to a large military arsenal.

Amnesty International said in a report this week that the armed group had been able to seize a large number of the weapons from what it called “poorly secured” Iraqi government stocks. 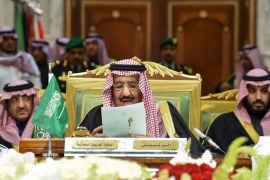 ISIL is GCC’s ‘number one threat’ 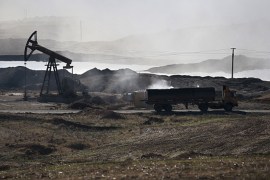 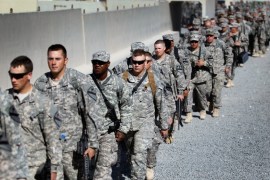