Two-thirds of Syrian refugee children in Turkey are not attending school, Human Rights Watch has warned in its latest report.

The 62-page report released on Sunday documents obstacles such as financial difficulty and language barriers, which prevent Syrian refugee children from receiving a formal education in Turkey.

More than 400,000 of them do not receive a formal education, the rights group said.

The Turkish government adopted a policy in September 2014, that formally granted Syrian children access to public schools, but key obstacles – including language barriers, social integration, economic hardship, and a lack of information about the policy – persist one year later, Human Rights Watch said.

In 2014-2015, at least 212,000 were enrolled in formal education at the primary and secondary levels, based on Ministry of National Education data.

While the enrolment rate inside refugee camps was nearly 90 percent, most refugees live outside camps, where only 25 percent of school-aged children were enrolled in school.

According to the report, providing education to the remaining Syrian refugee children out of school will reduce risks of early marriage and military recruitment by armed groups, and will help stabilise their future.

A new kind of education

Civil societies and Syrian NGOs in Turkey also play a role in providing formal and informal education to Syrian refugees.

Several NGOs were established after the Syrian war began in 2011, many of which work and function in host countries such as Turkey, Lebanon, and Jordan. Some even function inside of Syria.

Watanili, a grassroots initiative which provides support for Syrian refugees in Turkey and internally displaced Syrians, is one of them.

Through arts therapy, educational programmes, and community-oriented projects and workshops, Watanili provides a new style of education to Syrian children in Turkey and northern Syria.

Watanili was launched in May 2014, and works with children aged five to 14.

Yara Tlass, the group’s founder, told Al Jazeera that its work focuses on education, arts and culture – three aspects they believe were taken away from Syrian children when they became refugees.

Along with its partner, Books for Syria, a certified UNICEF project, Watanili holds crowdfunding campaigns and fundraisers.

“With the help of our local team on the ground in Syria and volunteers from all around the world, we plan on expanding our programmes to reach out to as many internally and externally displaced communities as possible,” Tlass said.

“We just launched a small learning centre called Makani [My Place] along the Syrian-Turkish border to have educational programmes that run throughout the year, benefiting the most vulnerable refugee children in Reyhanli, Turkey.” 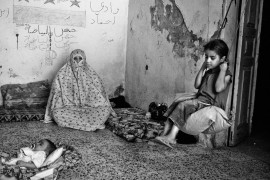 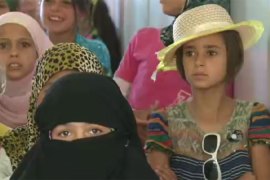