By Simon Boazman
Correction11 Oct 2015
This article originally stated that Bowe Bergdahl was a US marine. He was a US soldier.

The release of US soldier Bowe Bergdahl after five years in Taliban captivity was a joyous moment for his family and for President Obama’s administration.

“Sergeant Bergdahl has missed birthdays and holidays and the simple moments with family and friends,” said Barack Obama on his release. Now, it appeared he could enjoy those moments once more.

But before the ticker tape had settled, questions began to arise about the circumstances of Bergdahl’s disappearance and the price paid by the US administration for his freedom .

Sergeant Bowe Bergdahl was captured in June 2009 by the Haqqani network, a group aligned with the Taliban. He had allegedly deserted his post while stationed in Paktika Province, eastern Afghanistan.

The soldier was released in May 2014 as part of a prisoner exchange for five Taliban prisoners held by the US at Guantanamo Bay.

Opponents voiced concerns about the deal immediately, complaining that President Obama had made the decision to swap the prisoners without giving Congress prior notice, breaching his legal requirement to do so.

The deal also came at the height of the hostage crisis in Syria, where US authorities had rigidly refused to engage in negotiations with armed groups holding US citizens.

Diane Foley, whose son James had been held in Syria by the Islamic State of Iraq and the Levant (ISIL), had been trying to persuade the US government to intervene in her son’s case. But it did not happen.

“I think the plight of our son was not a big deal to them,” she reflects. “Some told us that.”

...that the Taliban were holding an American soldier prisoner was a much bigger deal in terms of being able to deal between the Taliban and the Afghan government, which is an American political objective.

When Bergdahl was freed, Diane thought there was hope the Obama administration would now reverse its long-standing policy against paying ransoms or negotiating with ISIL.

But a White House official told Diane during a phone call that any deal with ISIL, even after the release of Bergdahl “was out of the question”.

The distinction between the two approaches was in part because the American military promised to never leave a soldier behind. When asked about Bergdahl’s release, Obama replied, “We don’t leave men and women in uniform behind” – adding that prisoner swaps happen “at the end of wars”.

As the former Counterterrorism Adviser to President Obama, Mark Mitchell was in a unique position to judge the cost of releasing the five Taliban prisoners. Not only was he President Obama’s adviser on hostage policy at the time of the swap, he had also been part of the Special Forces Team that captured three of the released Taliban prisoners in Afghanistan in the first place.

He understood the sense of confusion that the US hostage families had. But he was eager clear that up.

“A couple of things to know: the Taliban are not a designated foreign terrorist organisation. The individuals released are not terrorists; they were regime officials. None of them were charged with any terrorist crimes.”

That said, Mitchell once described one of those Taliban prisoners as “a psychopath” and “a very dangerous man”.

“I absolutely believe that, but [he was] not [a danger] to American citizens,” says Mitchell. “He’d been very dangerous and had killed lots of Afghans but not Americans. I think while it’s nuanced, there are real differences between the situation with Sergeant Bergdahl.”

“He was a US soldier who was captured by the Taliban on the battlefield and an organisation with which we are still in a state of war and not a designated foreign terrorist organisation.”

The deal may have had other advantages besides fulfilling the military obligation to Bergdahl.

Patrick Theros, former US ambassador to Qatar believes the deal helped promote the wider US policy on Afghanistan at that time: “The fact that the Taliban were holding an American soldier prisoner was a much bigger deal in terms of being able to deal between the Taliban and the Afghan government, which is an American political objective.”

“The release of an American soldier held by the Taliban was, I believe, a very high priority of my own government,” says Theros. Also, “it moved forward a political objective of making talks between the Afghan government and the Taliban government.”

Bowe Bergdahl is currently awaiting the results of a military investigation into whether he deserted his post in Afghanistan. If he is put before a court martial, the maximum sentence he faces, if found guilty, is life imprisonment. Although many believe such a long sentence unlikely.

But after spending five years of his life inside a Taliban jail, Bowe Bergdahl may yet spend a few more inside a US military one. 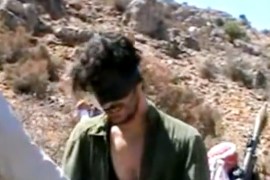 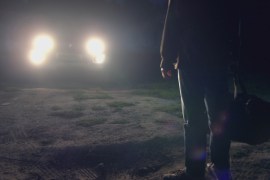