Midelt, Morocco – Right before the sun sets over the Atlas mountains, the children of the Amazigh village of Tizinzou can be spotted trotting down the path from school. Ever since the governor of Midelt ordered the demolition of their village’s school, they have had to walk 8km every day to reach a different one.

The destruction of the school comes several years after the Moroccan state started to build the Tamalout dam in 2008. When complete, the dam will block the Ansegmir River causing waters to rise over the school, the village and farmland where they grow apple trees, wheat, and potatoes.

Funded by the Kuwaiti Fund for Economic Development, the dam’s reservoir will hold 50 million cubic metres of water which normally pours into the Moulouya river basin. According to the Secretariat for Water and the Environment, the reservoir will irrigate 5,000 hectares of agricultural land.

A press release issued by the royal palace explains that the dam will “stimulate the region’s economy, will contribute to ecological and rural tourism in the Ansegmir Valley” and “improve the life and health conditions of the residents”.

According to Mohamed Kettani, an official from the Ministry of Energy and Mines “the dam’s construction was in response to the pressing demands of the region’s farmers who drew our attention to an alarming decrease in the region’s water table”.

Kettani also claims the dam will provide drinking water and irrigate 5,000 hectares of fruit trees in the Midelt region.

However, when filled, the dam’s reservoir will inundate the village of Tizinzou. According to one of its residents, Driss Abghor, the destruction of the school, the removal of power lines and the demolition of approximately half the houses, “was clearly meant to force us out”.

But according to Kettani, “all the expropriations were necessary in order to complete the construction of the dam. The school, the houses and the power line were legally demolished according to a court decision”.

Despite the demolitions, many of Tizinzou’s 160 families refuse to leave, citing insufficient compensation from the state. The residents regularly organise protests in their village. According to Aziz Oulalou, a Tizinzou farmer and community organiser, almost the entire village community attended the 15 protests they have held so far since 2009.

Although no civil society groups have joined the demonstrations, they have received some support from the Moroccan Association for Human Rights Association (AMDH) in Midelt which has acted as an observer to deter political rights violations by the authorities.

“In nearby villages like Zaida, Boumia or Tounfit, land costs 700 dirhams ($70) and is far less rich in water. They have to dig wells there, while here water flows naturally from hundreds of streams,” explains Oulalou.

Under pressure from local authorities, many illiterate heads of families were coerced into signing contracts accepting the indemnity package. It was only after they signed them that they understood the consequences.

As for the apple trees, he asserts that 2,450 dirhams ($246) is not sufficient to sustain them financially. “One tree will produce 4,000 dirhams ($402) worth of apples per year. We should be given that amount over five years because if we move to a new land and plant new trees, it will take the newly planted trees five years until the first apple harvest.”

According to Kettani, prices were determined according to an administrative committee which took into account the prices of lands in surrounding regions. “Those who aren’t satisfied always have the option of taking their case to court.”

But Abghor laments: “Under pressure from local authorities, many illiterate heads of families were coerced into signing contracts accepting the indemnity package. It was only after they signed them that they understood the consequences.”

Those who refused to sign, took legal action and successfully augmented their compensation from 10 dirhams ($1) per square metre to 50 dirhams ($5) per square metre, an amount they are still not satisfied with. In addition to fair compensation, they are also asking for a plot of land where they can rebuild another village in order to prevent their tribe from being dispersed.

Al Jazeera could not reach the governor’s office for comment.

Following the beginning of the dam’s construction, a report issued by the International Union for the Conservation of Nature (UICN) and the Agency for the Moulouya River Basin (ABHM) also criticised the project, highlighting the environmental impact the dam has on the river ecosystems of the Moulouya basin.

According to the report, the construction of the dam has released an excess of sediments, making it a “principal factor” in the destruction of natural habitats. The muddy water from the construction threatens several fresh water species including trout, whose spawning grounds could be destroyed and eggs prevented from developing.

Mohammed Melhaoui, one of the report’s authors and a hydrobiologist from the Faculty of Sciences in Oujda, explains that “when dam gates open they have a violent impact, with severe erosion that pollutes the water”.

Mohammed Indichi, the director of Desertification Control and Nature Protection in the High Commissariat for Water, Forests and the Fight Against Desertification – the state agency responsible for the protection of the environment – explains that there is a five-year project to mitigate environmental problems caused by the dam.

Aiming to “restore silvopastoral ecosystems” – ecosystems characterised by forestry and pastures for livestock – and “reduce the rate of siltation” – the accumulation of silt in river systems – the 47 million dirham ($4.7m) environmental initiative includes planting native cedar trees to hold soil around the reservoir and clearing natural ravines to prevent erosion.

However, “their efforts have been limited in dealing with dams all over Morocco”, retorts Melhaoui. “They do not follow up on their environmental management plans after they are complete. They need to conduct scientific studies to determine whether these initiatives are effective or not over the long term.”

Indichi points out that the High Commissariat “adopted the National Plan for Hydraulic Basin Development (PNABV) in 1996 which aims to treat 22 of Morocco’s river basins over a period of 20 years”. He explains that the PNABV strategies “are scientifically proven and globally recognised” and “when well-implemented [will] reduce excess erosion by 50 percent”.

The Tamalout Dam is one of several development projects that have been criticised by Moroccan civil society for both their environmental neglect and lack of compensation for the groups of people they displace. Others include the Prestigia beach resort project near Rabat, the silver mine in Imider and Royal Ranch Rexas in Adarouch.

A sociologist and specialist in land and shelter rights, Soraya El Kahlaoui points out that “since 2004, Morocco has engaged in land privatisation”.

“Collective lands [lands historically belonging to both Arab and Amazigh tribes, put under ownership of the Ministry of Interior by the colonial authorities in 1919] are the first targeted by this economic liberalisation”.

According to Kahlaoui, 12 million hectares of collective land are vulnerable to these policies which displace tribal communities. She believes these deprive them from their economic independence. 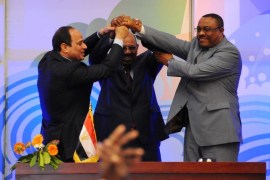