Gaza City – On Monday, Dr William Schabas tendered his resignation as chair and member of the Commission of Inquiry (COI) on the Gaza Conflict to the President of the Human Rights Council (HRC), Ambassador Joachim Ruecker of Germany. The resignation was effective immediately.

The resignation came after the Permanent Mission of Israel sent a letter to Ambassador Ruecker asking for the removal of Schabas due to a possible conflict of interest.

Schabas wrote a legal opinion for the Palestinian Liberation Organisation (PLO) in 2012, for which he was paid $1,300. Schabas maintains that the opinion he wrote was no different from an advice he has given to many other governments and organisations.

Ruecker accepted Schabas’ resignation, saying that he “respects the decision of Professor Schabas and appreciates that in this way even the appearance of a conflict of interest is avoided, thus preserving the integrity of the process”, according to a press release issued by the COI.

Al Jazeera spoke with Schabas about his resignation.

Al Jazeera: Does your resignation have anything to do with Palestine’s membership in the ICC?

Dr William Schabas: Not at all, that was something that might have been relevant, but it happened while the commission was already under way. So we were already working when Palestine became a member, and we weren’t working with the aim of presenting our findings to any officials with the ICC.

Obviously the issues are relevant, but it’s an independent thing. The findings of the report, which I’m not aware of, as I have resigned, might have some bearing on Palestine’s membership. But as far as my resignation, it wasn’t a factor at all.

Al Jazeera: Were you under pressure to resign ?

Schabas: No, unless you consider the fact that [Israeli Prime Minister] Netanyahu and [Israeli Minister of Foreign Affairs] Lieberman have been calling for my resignation since the moment I was appointed.

I resisted this pressure and criticism since the moment I assumed the role of chairperson of the commission.

My explanation for why I resigned has nothing to do with that pressure. It was difficult for me to proceed as chairman while there are allegations of a conflict of interest hanging overhead, and I was determined that the answer to dealing with this issue was resignation. The inquiry will be able to move forward unabated.

Al Jazeera: How much work is left for the commission?

We were charged with investigating allegations that international law was violated in the Gaza Strip. This is what was done.

Schabas: The commission is due to present its report to the Human Rights Council on March 23, and it will need to issue the report sometime before then, so that governments can adopt positions and meet with counsellors. They need time to prepare statements and so on.

There are five or six weeks of work left, and this mostly consists of writing the report itself.

The deadline for written submissions was Saturday, January 31. So now, the commission will be spending the next five or six weeks analysing the eye witness testimony and other data that was collected and writing the report. It’s quite a bit of work that’s left.

Al Jazeera: Considering the fact that the report will be published in March, will your resignation have any effect on public perception regarding the findings?

Schabas: I don’t think so, I don’t think that will change. Some people think my involvement tainted the commission’s conduct from the very beginning, and my resignation won’t change their mind in any way.

After six months of incessant calls of people for my resignation, I resigned and they still say it’s “all wrong”. I don’t think it matters to people in these circles.

Elsewhere, where people weren’t influenced by Israel’s criticism [of me], they will see the report for what it is. It’s an honest report, and I’m confident that my involvement did not have any bearing on the objectivity of all those involved. We were charged with investigating allegations that international law was violated in the Gaza Strip. This is what was done.

Al Jazeera: Is there an idea on who will assume the position of head of the commission of inquiry?

Schabas: There are two people [Mary McGowan Davis of the United States and Doudou Diene of Senegal]. On Wednesday, it was announced  that McGowan Davis will be the next chairperson. 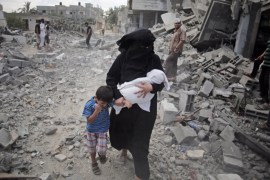 William Schabas says he is to resign to prevent findings due in March from being overshadowed by Israeli allegations. 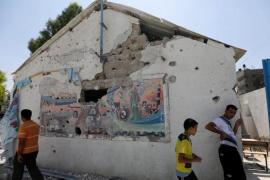 Ban Ki-moon says attacks on UN facilities during Israel’s assault on Gaza Strip during July-August will be investigated. 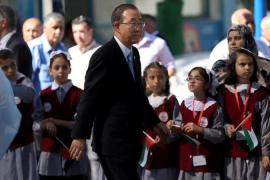