Two explosive devices have been found at the Cairo international airport, and an explosion has gone off in central Cairo, officials said.

Airport security officials told the AFP news agency that two “sound bombs” were also found near a parking lot at Cairo International Airport, adding that the devices were later defused.

Elsewhere in Egypt , a roadside bomb killed a bystander and injured two others in the beachfront town of Agamy, on the western outskirts of Alexandria.

Meanwhile, an improvised explosive device went off in the vicinity of Talaat Harb Square in downtown Cairo early on Tuesday, reportedly without causing casualties.

Alaa Abbdel Zaher, head of the explosives administration at the Cairo Security Headquarters, told news website Aswat Masriya that the explosion occurred at a passage near the square.

Initial investigations said an IED was placed inside an electricity booth. The explosion caused damage on the glass fronts of some shops.

“A small bomb hidden in a roadside electrical transformer went off, damaging the transformer but causing no casualties,” a police officer told the AFP news agency.

The explosion was heard throughout downtown Cairo, eyewitnesses said.

Violence erupted nationwide starting on Saturday, ahead of the fourth anniversary of the January 2011 uprising which toppled the government of former President Hosni Mubarak.

The anniversary day, Sunday, was marred by violence, with at least 23 reported deaths nationwide.

Several explosions have been reported nationwide since then. 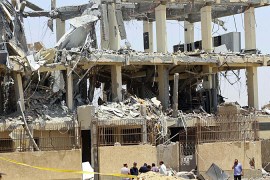 A mother and daughter are killed as two bombs explode at a telephone exchange in the outskirts of Egyptian capital. 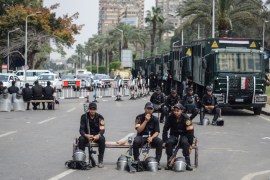 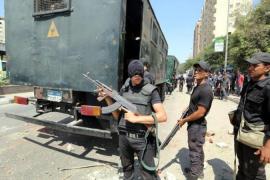