Tel Aviv – An autopsy of a Palestinian teenager murdered this week in an apparent revenge attack suggests that he was burned alive, according to Palestinian officials.

The preliminary results showed that 16-year-old Mohammed Abu Khdair, who was buried by more than a thousand mourners on Friday, had a head wound and burns across 90 percent of his body, the officials said on Saturday.

He was abducted from the occupied East Jerusalem neighbourhood of Shuafat early on Wednesday morning, and his charred body was found hours later in a Jerusalem forest.

“The direct cause of the death is burns [caused] by fire, and their complications,” Mohammed Abdel Ghani al-Owaiwi, the Palestinian Authority attorney general, said in a statement.

The autopsy found soot in his lungs, suggesting that Abu Khdair was still alive and breathing when he was set on fire, Owaiwi said.

Micky Rosenfeld, spokesman for the Israeli police, declined to comment on the autopsy, which was conducted on Thursday at the Abu Kabir forensic institute in Tel Aviv.

A Palestinian coroner, the director of forensic medicine at Al-Quds University, took part in the inquest.

Police have not officially identified a motive for the murder, but it is widely believed that Abu Khdair was killed by Israeli Jews, an act of revenge for the murder of three teenage settlers whose bodies were found on Monday.

The Hyundai sedan used to kidnap Abu Khdair was used in the attempted abduction of another Palestinian child one day earlier, Channel 10 reported this week.

His funeral on Friday ended violently, when mourners tried to pass through a line of Israeli border police blocking the road to central Jerusalem.

They threw stones and firecrackers at the police, who responded with tear gas and rubber-coated bullets.

The clashes continued on Friday night in several East Jerusalem neighbourhoods, and also in several majority-Palestinian cities in central Israel.

In Qalansuwa, northeast of Tel Aviv, there was one report of a Jewish man dragged out of his car by masked Palestinians.

The man was unharmed, but his vehicle was torched.

Photos of Abu Khdair’s 15-year-old cousin, Tariq Abu Khdair, who was allegedly beaten while in Israeli police custody, circulated on social media on Friday. Tariq, who is a US citizen, was released from custody to go to hospital, but security officers returned to the hospital to take him to a court hearing.

A growing number of videos posted on social media show assaults across the country: in one, posted on Wednesday, a passenger on a bus tries to attack a Palestinian, then assaults the soldiers who try to defend him.

Online campaigns calling for “revenge” have garnered thousands of supporters. 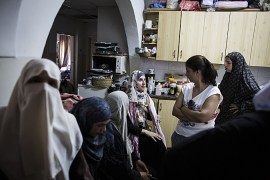 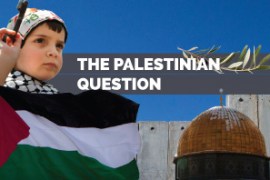 After decades of negotiating, the Palestinian question remains: When will statehood be theirs?