A Boko Haram attack has killed hundreds in Nigeria’s northeast, multiple sources have said, as police offered $300,000 for information leading to the rescue of more than 200 schoolgirls held hostage by the armed group.

The latest attack reported on Wednesday targeted the town of Gamboru Ngala on the border with Cameroon, where gunmen earlier this week razed scores of buildings and fired on civilians as they tried to flee.

Area Senator Ahmed Zanna put the death toll at 300, in an account supported by numerous residents.

Zanna said the town had been left unguarded because soldiers based there had been redeployed north towards Lake Chad in an effort to rescue more than 200 girls kidnapped by Boko Haram on April 14.

The mass abduction has sparked global outrage and offers of help from the United States, Britain, France and China.

Nigeria’s response to the kidnappings has been widely criticised, including by activists and parents of the hostages who say the military’s search operation has been inept so far.

President Goodluck Jonathan’s administration has sought to appear more engaged with the plight of the hostages in recent days, especially after Boko Haram chief Abubakar Shekau released a video threatening to sell the girls as “slaves”.

In a second kidnapping, another 11 girls aged 12 to 15 were seized on Sunday from Gwoza, an area not far from Chibok and also in Borno state, Boko Haram’s base.

Boko Haram’s five-year uprising has killed thousands across Africa’s most populous country, with many questioning whether Nigeria has the capacity to contain the violence.

Reward for arrest of armed group

Meanwhile, police on Wednesday offered a $300,000 reward to anyone who could provide information leading to the rescue of the schoolgirls.

“The Nigeria police hereby announce a cash reward of 50m naira to anyone who volunteers credible information that will lead to the location and rescue of the female students abducted from Government Girls Secondary School, Chibok, Borno State,” the police said in a statement.

Abubakar Shekau, a Boko Haram leader, threatened in a video to sell the girls who were taken from the secondary school in the village of Chibok “on the market”.

Nigerian leaders also accepted an offer by the US to send a team to the country to help search for the missing girls.

The US team consists of “military, law enforcement, and other agencies”, US President Barack Obama said in an interview with US broadcaster ABC, and will work to “identify where in fact these girls might be and provide them help”.

Obama also denounced Boko Haram as “one of the worst regional or local terrorist organisations”.

“This may be the event that helps to mobilise the entire international community to finally do something against this horrendous organisation that’s perpetrated such a terrible crime,” he said. 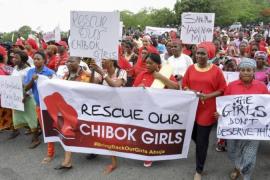 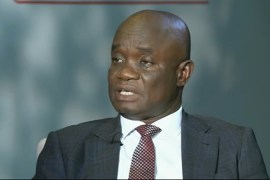 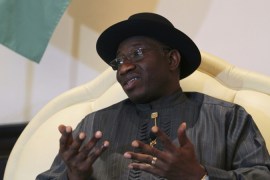