Amman, Jordan – Nisreen Sa’adat, 25, is in the middle of explaining how she met her fiancé, Mousa, when her phone rings.

“Speaking of,” she says, with a smile. “I’m talking about our wedding!” she says when she answers the call.

“Really? Did you mention I’m going to pay $20,000 to marry you,” he laughs, his voice ringing out loudly from her Nokia phone. Mousa lives in Saudi Arabia, working a job that will help him pay the cost of their marriage and provide for their future life together. The next time Nisreen will see him will be at their wedding in Amman, several months from now.

“The worst part is that I’m alone – he is suffering and I am suffering,” she says. “He is working… in Saudi, and I am here planning everything.”

Regardless, Nisreen considers herself one of the lucky ones. Despite her long-distance love and the wedding planning falling squarely on her shoulders, she is among the few young Jordanians getting married at her age.

The reasons are varied for delaying marriage, but many in Jordan cite the steep matrimonial price as a major deterrent. The average cost of marriage in Jordan is $14,000, while the average salary for a Jordanian hovers around $500 per month.

From the dowry and the wedding ceremony to the cost of a first home, the financial obligation of marriage traditionally falls on the man in Jordan.

Rami, who did not give Al Jazeera his last name for privacy reasons, works in IT at a large international organisation in a wealthy area of West Amman. He spent five years saving, and at 36 years old, his marriage is only a few months old.

“I wish I had gotten married earlier. There are things that you can do when you’re younger that you can’t do now,” he says.

The International Labour Organisation (ILO) recently published its Global Employment Trends 2014, which stated that the economic growth rate in the Arab world fell to 2.2 per cent in 2013, well below the global average. “People don’t work,” said Mary Kawar, regional specialist with the ILO, explaining that this inevitably has a negative effect on major life decisions, including marriage. And while the cost of a wedding is exceedingly high, matrimony has never been more necessary.

“The percent of wages from expenditure in the Arab world, especially Jordan, is increasing – meaning you can’t afford to live from one wage alone,” Kawar told Al Jazeera. “So you either need social protection, which is weak in Arab countries, or you need two incomes in the house.”

Ayman Mohammad, 25, wants to get married, but with a master’s thesis to write and a tutoring job that pays about $600 a month, it is currently impossible. He acknowledges that cultural and religious reasons elevate marriage in the Middle East.

“[Marriage is] the only way of experiencing non-single life here,” Ayman says. “If I could date in the full sense and it wasn’t haram [forbidden], perhaps I wouldn’t want to get married now.”

Marriage in much of the Middle East is the social marker of adulthood. When people get married, they can move out of their parents’ home, experience sexual intimacy, achieve financial independence and begin the process of creating a life that is more exclusively theirs.

“Young people are in a bad predicament,” says Diane Singerman, a professor at American University’s School of Public Affairs and an expert at the Middle East Youth Initiative.

“We should really not talk about young people as adolescents; we should use this other term, that they are experiencing ‘waithood’,” Singerman told Al Jazeera. “They are waiting to become adults, waiting to get jobs, waiting for their political rights.”

Society is anxious about late marriage for women because of the spectre of spinsterhood. An unmarried woman is seen as someone to be pitied.

Rania Salem, sociology professor at the University of Toronto

But some do not believe delaying marriage is necessarily negative. As people spend more time in school, they delay marriage, noted Rania Salem, a sociology professor at the University of Toronto. Many view schooling and marriage as fundamentally incompatible – events that must be sequenced, rather than completed in tandem. In Salem’s view, delayed marriage is a marker of a developing nation.

Still, the impact of delayed marriage can be especially difficult for young women.

“You know in this culture, parents don’t like young, unmarried women to go out and do things by themselves,” says 24-year-old Ola, who did not give Al Jazeera her last name for privacy reasons. “If God wills it, I will marry someone wealthy, and he will let me travel.”

Lindsey Conklin conducts anthropological research on courtship and marriage in Jordan with the University of Chicago, and spent a year on a Fulbright scholarship interviewing young Jordanians about their dating lives.

“Freedom is a huge thing,” she told Al Jazeera. “If you are unmarried, you are still a bint, a girl. There is a certain power that comes with marriage.”

So far, Nisreen Sa’adat has had to delay her wedding three times.

“We were supposed to get married six months after our engagement, but we didn’t have enough money and it would have been impossible,” she says, explaining that it has been about a year since then. “But I’m lucky, by the way. If Mousa didn’t leave Jordan, he would not be my fiance now.” 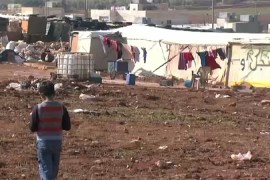 The government is being tolerant of these communities, but there are limits to tent cities. 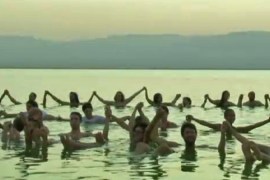 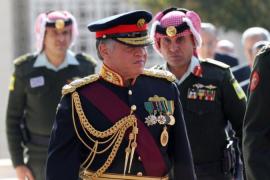