Outside the courtroom on Monday, when news of the sentences broke, families of the accused began to scream and several women fainted, falling to the ground.

The defendants from the first case whose death sentences were not upheld were each sentenced to 25 years in prison.

Many of the lawyers for the accused boycotted the hearing, demanding that the judge be recused and calling him a “butcher”.

Mohamed Abdel Waheb, a lawyer who represents 25 of the defendants, said the verdict was handed down in a court session lasting less than five minutes.

Previously, he said, the single session in the trial lasted just four hours, during which the judge refused to listen to any arguments from the defence.

Abdel Nasser Hassanien, standing outside the courtroom, said five of his relatives were among those sentenced to die, including his brother, Ahmed Hassenein Abdelatty, 22.

“Of the five only one is related to the Muslim Brotherhood, and he didn’t do anything,” he said.

Judge Saeed Youssef first attracted international condemnation and prompted an outcry from human-rights groups after he handed down the initial sentence for the 528 defendants on March 24, following a brief trial marked by irregularities.

On Monday he reversed 492 of those 529 death sentences, commuting most of them to life in prison.

Among those freshly sentenced to death today was Badie, the supreme guide of the Muslim Brotherhood – the group’s most senior leader.

He is among 77 of 683 defendants in custody; the remainder were tried in absentia and have an automatic right to a retrial.

Egyptian law requires that death sentences are confirmed by the presiding judge after a comment has been invited from the Grand Mufti of Al Azhar, the country’s leading religious official.

The Mufti’s opinion to the judge is secret.

The guilty verdict and death sentences are still subject to appeal at the Court of Appeal.

“The case killed the credibility of the Egyptian judicial system,” said Elmessiry of Amnesty International.

The violence of which the defendants are accused took place on August 14 last year as news reached Minya governorate that police had launched the deadly clearance of two sit-ins in Cairo, held by supporters of former President Mohamed Morsi, who had recently been ousted after mass protests against his rule.

Crowds in Minya and elsewhere in southern Egypt, apparently supporters of Morsi, attacked police stations and churches, accusing Christians of having supported his overthrow. 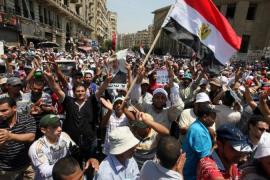 What is the future of the Muslim Brotherhood?

As the government proposes legal dissolution of the group, we ask if it will be forced to go back underground. 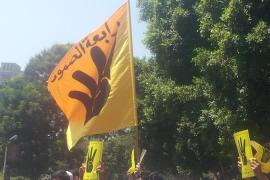 Can younger leadership and re-branding bring the Muslim Brotherhood back into Egypt’s good graces? 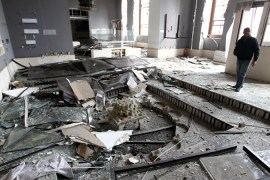 The Museum of Islamic Art in Cairo is struggling to rebuild after a car bomb destroyed over 100 precious artifacts. 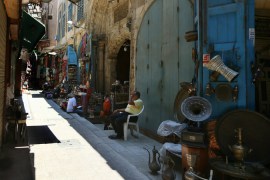 Egypt’s month-long state of emergency is meant to address security concerns, but it hurts people in other ways.