Israeli fighter jets have hit a number of targets in the Gaza Strip in response to heavy Palestinian rocket fire into Israel earlier, Palestinian witnesses say.

On Wednesday night, aircraft hit bases of the Palestinian territory’s Hamas rulers and the armed wing of Islamic Jihad, Al-Quds Brigades, which had claimed responsibility for firing dozens of rockets into Israel in response to deadly air raids.

The rocket fire was the biggest wave of attacks since a major eight-day November 2012 confrontation between Israel and Hamas fighters, and prompted Benjamin Netanyahu, Israeli prime minister, to warn of a tough response.

The latest escalation in violence came just hours after David Cameron, British prime minister, arrived on his first official visit to the region since taking office in 2010.

The witnesses, including an AFP news agency photographer, said there were nine Israeli attacks throughout the coastal enclave on facilities operated by Al-Quds and Hamas’s military wing, the Ezzedine Al-Qassam Brigades.

The Associated Press news agency reported citing the Israeli military that tanks fired at “terror infrastructure” in Gaza and confirming at least one hit.

An Israeli military spokeswoman told AFP that fighter jets has been in action over Gaza but did not elaborate.

Hamas personnel, including fighters, had earlier evacuated all their bases, security sources in Gaza said.

The earlier Al-Quds barrage, which Israel said came from several sites and police said hit all along southern Israel’s border with Gaza, caused no casualties.

In Gaza, Islamic Jihad’s armed wing, the Al-Quds Brigades, issued a statement claiming to have fired “70 rockets” at Israel.

It said it had fired the rockets in response to an air strike on Tuesday that killed three of its fighters in southern Gaza.

Al-Quds Brigades further said its bombardment would continue in response to Israel’s “aggression”.

As tens of thousands of people living in southern Israel rushed to seek shelter from Wednesday’s bombardment, an Israeli security source told AFP that Palestinian fighters had fired more than 60 rockets and mortar rounds.

The army put the number at “more than 30 rockets”, saying eight of them had struck urban areas, and another three were intercepted by the Iron Dome anti-missile system.

“This is the biggest attack on Israel since the 2012 Operation Pillar of Defence,” the Israeli military said on Twitter, referring to the 2012 confrontation that claimed the lives of 177 Palestinians, mostly civilians, and six Israelis.

Police raised the level of alert in the south, saying the rockets struck along the length of Israel’s border with Gaza.

Micky Rosenfeld, Israeli police spokesman, said one rocket exploded near a petrol station and another near a public library in the town of Sderot.

Cameron condemned the rocket fire, saying: “Let me absolutely clear about these attacks from Gaza, we condemn them completely.

“These attacks are completely indiscriminate aimed at civilian populations and that is a demonstration of how barbaric they are”.

Jen Psaki, US State Department spokeswoman, said the US “condemns in the strongest terms today’s rocket attacks into Israel by terrorists from the Gaza Strip. … Israel, like any nation, has a right to defend itself”.

The rocket fire drew a stern warning from Netanyahu, who pledged to act “with great force” against those seeking to harm Israel, a statement from his office said.

“We will continue to strike those who want to harm us; we’ll act against them very forcefully,” Netanyahu was quoted as saying in a separate statement communicated by Ofir Gendelman, his spokesman.

“If there won’t be quiet in the south [of Israel], there will be noise in Gaza, and this is an understatement,” he said, in remarks relayed by his office.

Moshe Yaalon, Israeli defence minister, ordered the closure from Thursday of the Kerem Shalom goods crossing between Israel and Gaza and the Erez pedestrian crossing “until further security assessments”, a military statement said.

Last week, Israeli special forces captured a ship in the Red Sea that was carrying rockets and other weapons that Israel says were supplied by Iran and destined for Gaza. 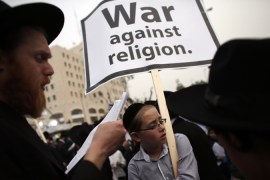 Ultra-Orthodox Jews face imprisonment if they try to evade military conscription, under terms of new law. 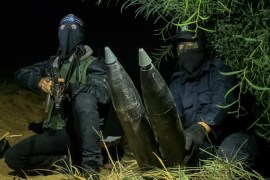 Leaders of armed group in Gaza doubtful whether current truce will last, as rocket fire draws retaliation from Israel. 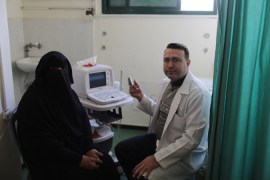 Strategy has been swimmingly successful for some wives of Palestinian prisoners in Israeli jails. 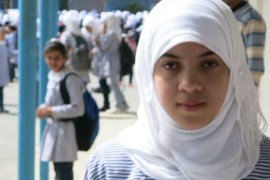 A unique insight into the challenges facing an ambitious Gazan schoolgirl as she stands on the brink of adulthood.