Syrian war planes have struck schools and mosques in several rebel-held areas, resulting in the deaths of more than a dozen children, activists say.

Seven children were reported killed as jets dropped barrel bombs on a school in the town of Safohan in Idlib province on Tuesday.

In the rebel-held Damascus suburb of Douma, another school was hit. At least five people were killed, including three children.

And in the city of Raqqa, which is controlled by the Islamic State of Iraq and the Levant (ISIL) group, activists said government jets conducted several attacks that killed more than a dozen people, most of them children in schools.

The attacks come after at least four Syrian school children were killed and 10 others wounded on Monday when a government air strike hit their bus in the northwest of the country, a monitoring group said.

The Syrian Observatory for Human Rights said most of those wounded and killed were under the age of 10.

Aid agencies have issued warnings about the rising number of child casualties in the war that is well into its fourth year.

More than 11,000 children have been killed across the country, according to rights groups.

UNICEF says an estimated 3 million children have been displaced by the war.

Idlib is largely in the hands of Syria’s al-Qaeda franchise, Al-Nusra Front, which in recent weeks has fended off advances by rival rebel groups and now holds two strategic military bases in the province. 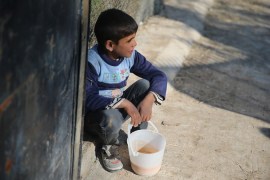 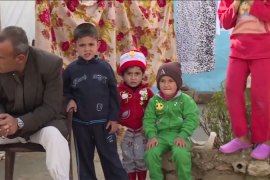 Refugees who fled civil war hope to start new life in Europe, but resettlement is a lengthy and difficult process. 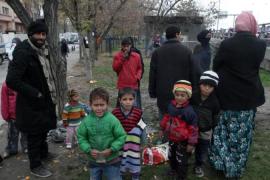