A medical team has travelled to central India after at least 12 women died and dozens of others fell ill after undergoing botched sterilisation surgery, while Al Jazeera has learned that four health officials have been suspended.

A total of 83 women, all villagers under the age of 32, had the operations on Saturday as part of the federal government’s free sterilisation campaign in Bilaspur district of Chhattisgarh state.

Scores of them were later rushed in ambulances to private hospitals after falling ill.

More than 50 women are still in hospital while 25 of them are reported to be in critical condition, according to the Indian Express newspaper.

The Chhattisgarh government sent a plane to New Delhi overnight to pick up a team of four doctors “to ensure no time is lost” in treating the patients, Lov Verma, India’s health secretary, told local Press Trust of India.

The state government has also suspended four officials, including Dr RK Gupta, who supervised the surgeries.

“It appears the incident occurred due to negligence” by doctors, Raman Singh, Chhattisgarh chief minister, said before urging patience for the autopsy results.

He also said the victims’ families would each receive a compensation payment of about $6,600.

Al Jazeera’s Faiz Jamil, reporting from Bilaspur, said some of the relatives at the hospital reported that the women had been experiencing vomitting and fainting for days.

“State health officials say they are very surprised at all this,” he said.

“They say this is a rare case of any deaths, let alone critical illness, happening. All surgical procedures were done by doctors who have experience in sterlisation.”

Singh has also ordered for a police case to be filed against Gupta, who was recognised by him with an award earlier this year for conducting 50,000 laparoscopic tubectomies.

The apparent cause of death was either blood poisoning or haemorrhagic shock, which occurs when a person has lost too much blood, Amar Singh, Chhattisgarh’s deputy health director, said, though the preliminary results from autopsies were expected to be released later on Wednesday.

India’s government long concerned about its 1.3 billion – and growing – population performs millions of free sterilisations to both women and men who want to avoid the risk and cost of having a baby.

The vast majority of patients are poor women who are usually paid a one-time incentive fee to undergo the surgery of about $10-$20.

Money is not the incentive for them. These women want believe in family planning.


India has one of the world’s highest rates of sterilisation among women, with about 37 percent undergoing such operations, compared with 29 percent in China, according to 2006 statistics reported by the UN.

About 4.6 million Indian women were sterilised in 2011 and 2012, according to the government.

Ramanesh Murthy, a government hospital superintendent in Bilaspur, to where many of the patients have been shifted, told Al Jazeera the procedure is supposed to help with population control.

“There’s nothing wrong with the programme, but sometimes doctors do not adhere to guidelines. If you do not follow the rules, accidents will occur,” he said.

Activists blame the incentive payments for leading health authorities to pressure patients into surgery rather than advising them on other forms of contraception.

Sulakshana Nandi, an activist of the People’s Health Movement, told Al Jazeera that often doctors try to rush through the surgeries in order to hit target numbers; a death in these camps is actually quite common.

“It’s very unhygenic. They use the same surgical tools for lots of women. After the surgery, some women are left to lay on the floor,” she said.

“Money is not the incentive for them. These women want believe in family planning.”

The women who underwent surgery on Saturday were each paid about $10, and all 83 surgeries were performed within six hours, Dr SK Mandal, Chhattisgarh’s chief medical officer, told the Associated Press news agency by phone.

Narendra Modi, Indian prime minister, who is in Myanmar on a state visit, said that he had spoken to Singh and urged a thorough investigation. 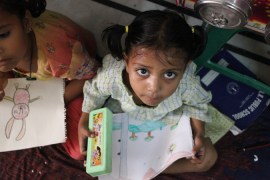 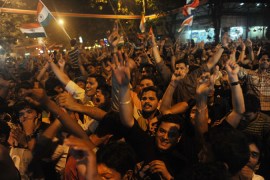