South Sudan has freed seven political figures who had been arrested on suspicion of plotting a coup, partially meeting a rebel demand made at peace talks focused on ending weeks of fighting.

The seven, who were handed over to neighbouring Kenya, were among a group of 11 detained after fighting broke out in Juma, the capital, in mid-December and spread across the world’s newest country.

At a news conference in the Kenyan capital Nairobi on Wednesday, Kenya’s President Uhuru Kenyatta stood beside the freed men and called on South Sudan’s rival sides to end a dispute that has killed thousands of civilians.

“We don’t feel bitter, we don’t feel the president is our enemy,” one of the freed men, South Sudan’s former justice minister John Luk Jok, told reporters in Nairobi.

Machar, who is in hiding, denies the charge and accuses Kiir of using an outburst of violence in the presidential guard to round up his political rivals.

Kiir has since been under intense pressure from regional powers, Washington and the United Nations to respond to Machar’s demand to free all 11 detainees to push forward shaky peace talks taking place in Ethiopia.

Justice Minister Paulino Wanawilla Unago said the detainees would be in Kenya for the duration of the investigation “for their own safety” but will return to face trial.

In a separate development, a ceasefire agreement is to be signed in Ethiopia between the government and another rebel leader, David Yau Yau, sources said. According to government officials, Yau Yau has a 15,000-strong militia.

Government officials told Al Jazeera’s Hoda Abdel-Hamid that the agreement would be another piece of the puzzle towards a comprehensive agreement and political reconciliation. 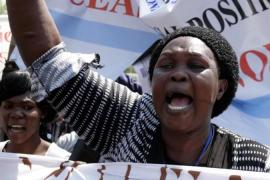 A sustainable peace requires addressing the root causes of the crisis and an inclusive national dialogue. 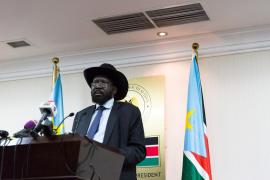 Rival politicians signed a deal on Thursday to end violence, but many worry fighting could continue.