Tunisian President Moncef Marzouki and the head of the National Assembly have signed the country’s new constitution, officially adopting a charter that is one of the last steps to full democracy after a 2011 uprising.

“With the birth of this text, we confirm our victory over dictatorship,” Marzouki said in a speech to the assembly on Monday, before signing the document which he embraced, waving the victory sign.

“Much work remains to make the values of our constitution a part of our culture,” he added.

The vote by an overwhelming majority of assembly members marks another crucial step to getting the democratic transition back on track in the birthplace of the Arab Spring.

It came close on the heels of an announcement by Mehdi Jomaa, the prime minister, of a new caretaker cabinet to govern the country until elections.

With the birth of this text, we confirm our victory over dictatorship


The new constitution, seen as one of the most progressive in the region, guarantees equal rights for men and women.

It also demands that the state protect the environment and tackle corruption.

Executive power is divided between the prime minister, who will have the dominant role, and the president, who retains important prerogatives, notably in defence and foreign affairs.

Islam is not mentioned as a source of legislation, although it is recognised as the nation’s religion and the state is committed to “prohibiting any attacks on the sacred”, while freedom of conscience is guaranteed.

Earlier, members of parliament amended three articles in the draft text, before ratifying changes to the rules of the assembly’s confidence vote, to facilitate the appointment of the caretaker cabinet which must win parliamentary backing.

But there has been criticism that the constitution has not banned the death penalty. There are also restrictions on freedom of speech, and attacking religion and accusing people of being nonbelievers is illegal.

In the new government, Hakim Ben Hammouda, an economist with experience at the African Development Bank, will be the finance minister while Mongi Hamdi, a former UN official, will be the foreign minister.

Jomaa, a technocrat, was appointed in December after the ruling Islamist Ennahda party agreed to step down in a deal with secular opponents to end a political crisis.

“The objective is to arrive at elections and create the security and economic climate to get out of this crisis,” Jomaa said in Tunis.

Tunisia’s progress to approve a new constitution stands in contrast to turmoil in Libya, Egypt and Yemen which also toppled leaders in 2011 uprisings.

Al Jazeera’s Nazanine Moshiri, reporting from Tunis, said Tunisians see Jomaa as a unifier – someone who can hold the country together until new elections are held.

“All these political wrangling seems to be over for now,” she said.

No date has been set for elections though they are due this year.

One of the most secular countries in the Arab World, Tunisia struggled after its 2011 revolt with divisions over the role of Islam and the rise of ultra-conservative Salafists, who secularists feared would try to roll back liberal rights. 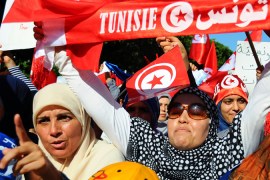 What’s next for the country that sparked the Arab uprisings? 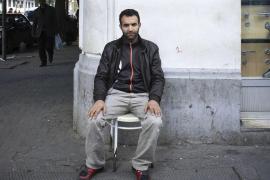