More than 20 million Egyptians voted in this week’s referendum on a new constitution, and more than 98 percent of them voted “yes”, the High Elections Commission announced on Saturday.

The outcome was never really in doubt: No major political faction was pushing a “no” vote, and many Egyptians saw approving the constitution as a key first step towards restoring stability after the army overthrew President Mohamed Morsi in July.

Turnout was 38.6 percent of registered voters, less than the 50 percent predicted by some officials earlier this week.

Nabil Salib, the chairman of the commission, called the vote an “unrivalled success” and “an unprecedented turnout”.

It was still notably higher than the 2012 referendum on the constitution drafted while Morsi was president. About 17 million people, one-third of registered voters, participated in that ballot, and they approved the charter by a 64 percent margin.

The number of voters also exceeded the 2011 constitutional referendum held a few weeks after longtime leader Hosni Mubarak stepped down. About 18.5 million people voted in that election, a 42 percent turnout; Egypt has added about seven million registered voters in the past three years.

Salib announced the results in a deeply nationalistic speech filled with praise for the army.

“Do not worry about Egypt, it has special standing for God. It is mentioned in the Quran, the Bible, and the Torah,” he said.

“Remember the heroes of your army. They have restored hope in our future and protected Egypt.”

This was the first vote since Morsi was overthrown on July 3. It was supported by most of Egypt’s secular and liberal political parties, as well as the Nour Party, the main salafi grouping.

Morsi and his Muslim Brotherhood boycotted the vote, saying the process was illegitimate.

Several revolutionary groups also refused to participate, and there were reports of low youth turnout, which Salib blamed on university exams.

Several Egyptian newspapers reported on Saturday that the army was planning to meet with youth activists to “listen to their demands”.

There were no reports of major irregularities during the vote, though election monitoring was limited, with about 5,000 observers for more than 30,000 polling stations.

Several international organisations declined to monitor the vote, criticising what they called the repressive atmosphere in which it was held. There was little space to campaign against the constitution; several people who tried to post flyers urging a “no” vote were arrested.

With the charter approved, interim President Adly Mansour is expected to issue a decree announcing a schedule for parliamentary and presidential elections.

The political “road map” issued after Morsi’s ouster called for the legislative ballot to come first. But officials have said in recent weeks that the order could be reversed, with a presidential ballot as early as next month.

If so, all eyes will be on General Abdel Fattah el-Sisi, the popular defence minister, who led the coup against Morsi. He is considered a likely presidential candidate, and a shoo-in to win if he runs.

Earlier this month, he said he would consider a run “at request of the people and with a mandate from my army.” 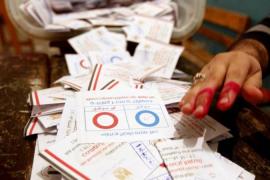 As opposition groups boycott the vote, we ask how credible it can be and what it means for the future of the country. 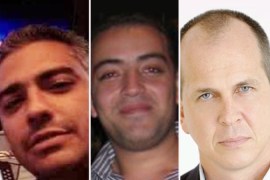 Network denies journalists imprisoned in Egypt since last year have confessed to being members of Muslim Brotherhood. 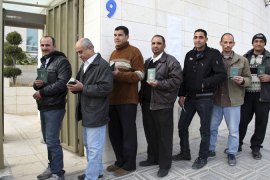 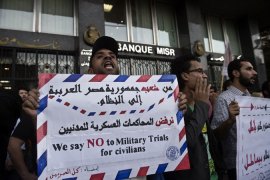 The 2013 constitution brings no substantial changes to Egypt’s political reality.