The United States has issued a warning to airports and to some airlines flying to Russia for the Olympics to watch for toothpaste tubes that could hold ingredients to make a bomb on a plane, a senior US security official said.

The official on Thursday did not say whether any specific intelligence led to the warning, which was not issued to the public, according to Reuters news agency.

Russian forces are on high alert to head off possible attacks at the Winter Olympic Games, which begin on Friday in Sochi.

Some US politicians have expressed concern about security at the Black Sea resort, but US President Barack Obama has said he believes Sochi is safe.

Suicide bombers killed 34 people in the Russian city of Volgograd, 700km northeast of Sochi, in December.

The attacks raised fears of violence at the Olympics.

US security officials said they were not aware of any specific threats to the United States now.

In 2009 a Nigerian man tried to set off an explosive hidden in his underwear aboard a US-bound airliner. In 2001 a man tried to blow up a jumbo jet with explosives in his shoes. 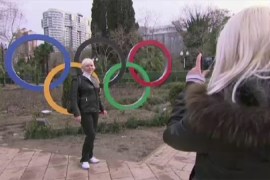 US worried over Sochi 2014 safety

Politicians in Washington demand assurances US intelligence is working with the Russians to ensure safety. 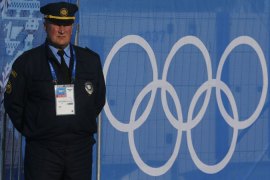 Security intensifies ahead of Sochi Olympics

Threats of kidnappings have been sent to countries whose athletes are to participate in the games starting on Friday. 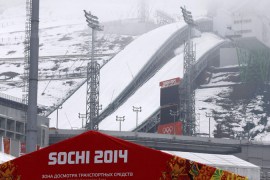 Sochi threat email is a ‘hoax’

Hungary’s Olympic Committee had received an email in Russian and English threatening its athletes at Sochi 2014.