President Bashar al-Assad has signed a decree stating that Syria will accede to international law on the prohibition of chemical weapons, the United Nations said.

In a statement late on Thursday, the spokesman for the UN secretary-general Ban Ki-moon said: “The secretary-general has today received a letter from the government of Syria, informing him that President Assad has signed the legislative decree providing for the accession of Syria to the Convention … on chemical weapons of 1992.

“In their letter, the Syrian authorities have expressed their commitment to observe the obligations entailed by the convention even before its entry into force for Syria.”

The statement added that the secretary general “hopes that the current talks in Geneva will lead to speedy agreement on a way forward which will be endorsed and assisted by the international community”, a reference to discussions between Russia and the United States in the Swiss City.

The statement came after Assad said in an interview with a Russian television channel that he was ready to sign the law. Excerpts of the interview with Rossiya-24 were released to state news agencies but it has yet to be broadcast.

“Syria is placing its chemical weapons under international control because of Russia. The US threats did not influence the decision,” Interfax quoted Assad as saying.

Assad denied his regime was behind an August 21 poison gas attack in Damascus, saying that other countries supplied chemical weapons to “terrorists”

Rossiya 24 did not give any further details of the content of the interview, which it said would be broadcast in full “soon”.

Conventional fighting continued to rage in Syria as diplomats tried to hammer out a deal on the chemical weapons.

A surge of clashes in the country’s oil-producing northeast has killed dozens of rebels and Kurdish fighters in the past two days, activists said on Thursday.

Fighters from Syria’s ethnic Kurdish minority – roughly 10 percent of the 23-million-strong population – have carved out an increasingly autonomous region near the frontiers with Iraq and Turkey.

Elsewhere, air force jets bombed one of the main hospitals serving rebel-held territory in the north, according to activists and video footage.

And 11 civilians were killed in the strike against the hospital on Wednesday in al-Bab, northeast of Aleppo city, the opposition Aleppo Media Centre said. 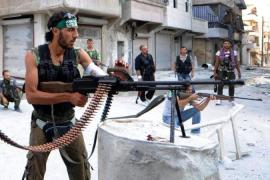 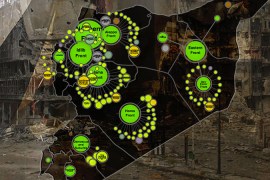 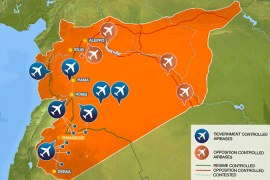