The attack early on Wednesday is the latest of several violent incidents over the past 48 hours, and adds to a death toll of more than 100 people since Morsi was removed by the military on July 3.

In a separate development on the same day, a bomb exploded at a police station in a province north of Cairo, killing one conscript, and wouning more than 15 people health officials said.

Unknown assailants threw the bomb from a passing car in Mansoura, the capital of Dakhalia province, security sources told Reuters.

The attack on the pro-Morsi crowd happened as a large group of marchers made their way through the Heliopolis area in the north of Cairo, said Al Jazeera’s Rawya Rageh, reporting from the capital.

Many were also injured.

“They say that they came under attack by unknown gunmen who shot at them from an elevated point,” our correspondent said. “They’re reporting injuries among them. This again highlights the growing nature of intolerance towards those rallies of the Muslim Brotherhood and supporters of the deposed president.”

Several men, some covered in blood, were treated on hospital trollies as others shouted and wept.

Footage of the aftermath showed one unconscious and bloodied protester being given CPR before doctors used a defibrillation machine to try and revive him.

The attack came a day after the interior ministry said that at least 12 people had been killed in Cairo clashes between supporters and opponents of Morsi.

That violence broke out before dawn on Tuesday near a Muslim Brotherhood protest at Cairo University, where Morsi supporters have been camped out since his removal from power.

There were also street battles on Monday in which birdshot, gunfire and fire bombs were used.

Later on Wednesday, “national reconciliation” sessions called for by the interim leader Adly Mansour are due to begin.

The Muslim Brotherhood has said it will boycott the talks, while a senior member of Al-Nour, Egypt’s most powerful Salafi party, has told Al Jazeera that it will also not be attending.

“The Muslim Brotherhood rejected an invite to Wednesday’s national reconciliation meeting. For them, the legitimate president of Egypt is Mohamed Morsi,” said Al Jazeera’s Nadim Baba in Cairo.

Meanwhile, former presidential candidate Abdel Moneim Aboul Fotouh, who is affiliated with the Muslim Brotherhood, tweeted a warning against the talks.

“Military coup government failed to stop bloodshed and detains tens of peaceful protestors every day and besieges media and closes its channel. Which reconciliation are you calling for?” he tweeted.

Earlier this week, Mansour renewed appeals for reconciliation with the Muslim Brotherhood.

“We want to turn a new page in the country’s book with no hatred, no malice, no division,” he said in a pre-recorded speech that also highlighted the importance of the army in Egypt’s history. 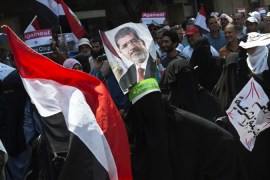 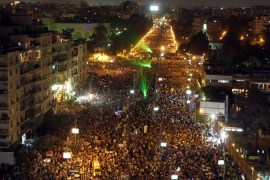 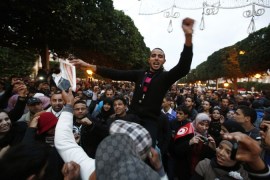 Tears for ‘The Arab Spring’?: Recalling the Orientalist overview

Though recents events maybe cause for concern for the future of the Arab revolutions, there is still much to champion.