Attacks in Iraq have killed at least 20 people and wounded more than 100 others, a day after a series of bombings killed 77 people across the country, officials have said.

In the latest incident, a car bomb exploded near a Sunni mosque on Tuesday in the Abu Ghraib area of western Baghdad, killing at least five people and injuring 21.

Earlier, a suicide bomber set off his explosives-laden vest at a military checkpoint in the town of Tarmiyah, 50km north of Baghdad.

Fighters opened fire at the troops after the blasts, killing three soldiers and wounding nine, a police official said.

Amid continued violence, the Iraqi parliament called off an emergency session to address the latest wave of violent attacks, after failing to achieve a quorum, Al Jazeera’s Omar al-Saleh, reporting from Erbil, the capital of Kurdistan region, said.

“It really tells you how dysfunctional the state is, and how the political in-fighting between this country’s leaders has reached a deadlock,” Saleh said.

“The Iraqi people will tell you that the government as well as the political leaders are to blame, because everytime they disagree on something, that disagreement translates into bloodshed and escalation into sectarian violence,” he said.

More than 200 people have been killed in the past week in attacks, with both Sunni and Shia communities targeted.

Sectarian tensions have been worsening since Iraq’s minority Sunnis began expanding protests over what they say is mistreatment at the hands of Prime Minister Maliki’s mainly Shia-led government.

Hours after Monday’s bombings, Maliki accused armed groups of trying to exploit Iraq’s political instability and vowed to resist attempts to “bring back the atmosphere of the sectarian war”.

The Iraqi prime minister has announced plans to overhaul the country’s security strategy and personnel, and that the matter would be discussed at a cabinet meeting on Tuesday.

Mass demonstrations by Sunnis, which began in December, have largely been peaceful. However, the number of attacks rose sharply after a deadly security crackdown on a Sunni protest camp in northern Iraq on April 23. 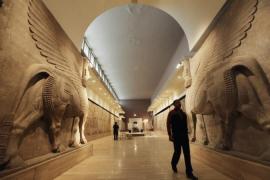 Iraqis are becoming increasingly adept at defending and advancing their rights across the political and social spectrum. 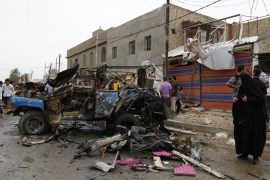 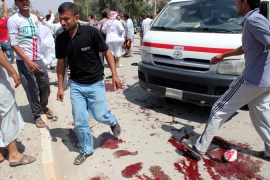 Security heightened in Baghdad after four days of apparent sectarian violence in which least 140 people have died.