The US has scolded Russia for sending missiles to the Syrian government, with plans for an international peace conference promoted by the two major powers appearing to founder on diplomatic rifts over its scope and purpose.

General Martin Dempsey, the most senior US military officer, has described Russia’s recent delivery of anti-ship missiles to President Bashar al-Assad as “ill-timed and very unfortunate”.

“It’s at the very least an unfortunate decision that will embolden the regime and prolong the suffering,” he said in Washington DC on Friday.

He said the transfer of Russian arms risked extending the war which has already killed more than 80,000 Syrian people and which the UN says has driven 1.5 million abroad.

The divisions appear just 10 days after Russia and the US agreed to bury differences and push for an urgent international conference to end the war.

Russia has not responded directly to the media reports that said it has sent a new batch of upgraded Yakhont anti-ship missile systems that make a shipping embargo of Syria much more difficult to enforce.

However, during a visit by Ban Ki-moon, UN secretary-general, to Moscow on Friday for talks on Syria, Sergey Lavrov, Russian foreign minister, defended sending arms to the Middle East country, saying it was done “without violating any international agreements, or our own legislation”.

With a range of 300km, the Yakhont could prove a threat to warships in the Mediterranean, should, for example, Western powers abandon their deep reserve and intervene to offer air support to the rebels, as they did in Libya two years ago.

No date has yet been agreed for the international meeting, which is intended to be attended by representatives from the Syrian government and the opposition, as well as international figures.

Ban met Putin in Russia on Friday, and said the conference should take place as soon as possible.

But highlighting the diplomatic challenge it poses, France has spelled out explicitly that it will oppose any meeting were Assad’s regional ally Iran to be invited – contrary to the Russian position that Iran should be part of a solution.

The rebels and key Arab and Western backers will meet in Amman, Jordan, on Wednesday to discuss how to approach the conference.

It is also unclear that Assad’s opponents can forge a united front or agree to meet his representatives.

After months of diplomatic stalemate, the US and Russia have been pushed to convene the conference as Syria’s death toll and atrocities rise and amid signs of escalation across the country’s frontiers.

Suspicions that chemical arms may have been used have also deepened the crisis.

A Western diplomat at the UN in New York said the target date for the peace conference was June 10-15, but it depended on the readiness of the Syrian parties.

An alternative plan would be to hold an international conference and then have the Syrians meet at a later date when they are prepared. 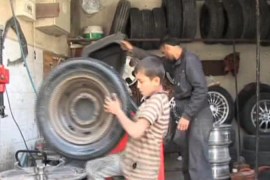 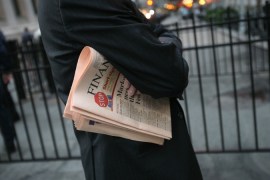 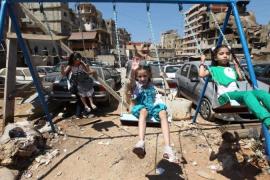