A series of bombings have killed at least 26 people in Kirkuk and Baghdad among other Iraqi cities.

In the northern city of Kirkuk, a suicide bomber attacked a mosque on Thursday, leaving at least 12 people dead.

A senior police officer in Kirkuk said a suicide bomber tried to enter al-Zahraa mosque, but was prevented by police from doing so. He detonated an explosives-rigged belt near the entrance instead.

The blast wounded 40 people in addition to the fatalities, officials said.

Relatives of victims from violence the day earlier had come to the mosque to receive condolences. Bombings had killed 10 people and wounded 17 in the city on Wednesday.

Earlier on Thursday, a spate of bomb blasts in the country killed at least 14 people and wounded more than 30 others.

In one attack, a car bomb in the Sadr City area of Baghdad killed six people and wounded 17, while another in Kamaliyah in the capital’s east killed three and wounded nine, according to security and medical officials.

In another incident on Thursday, assailants killed the brother of a Sunni Muslim member of parliament in the Bayaa area of south Baghdad, officials said.

The attacks came as Nouri al-Maliki, Iraqi prime minister, blamed sectarianism for the surge in violence in Iraq.

“The bloodshed … is a result of sectarian hatred,” he said in televised remarks. “These crimes are a natural result of the sectarian mindset.”

Tensions are festering between the government of Maliki, and members of the country’s Sunni minority who accuse authorities of targeting their community, including through wrongful detentions and accusations of involvement in violence.

Protests broke out in Sunni areas of Iraq almost five months ago.

Violence in Iraq has fallen from its peak in 2006 and 2007, but attacks are still common, killing more than 200 people in each of the first four months of this year. 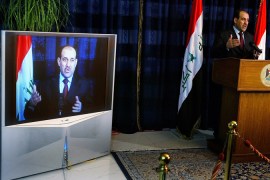 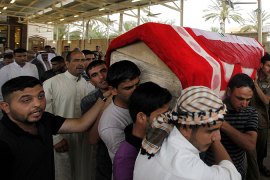 As violence in Iraq reaches levels not seen in years, untold numbers of Iraqis are once again seeking refuge elsewhere. 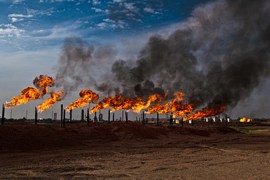 The battle for Kirkuk

Josh Rushing travels to northern Iraq to look at one of the most serious divides the country faces.