A car bomb has exploded outside a major hospital in Libya’s eastern city of Benghazi, killing at least three people and wounding dozens more, according to official sources.

Witnesses and an official said that the bomb struck the car park of the city’s emergency Al-Jala hospital on Monday afternoon.

Earlier estimates for the dead were as high as 15.

The AFP news agency said at least 30 people had been wounded.

Libyan Prime Minister Ali Zidan said in a statement on Monday that authorities did “not take adequate action” to address the country’s fragile security situation.

He added that those who perpetrated the attack did not want the Libyan revolution to succeed.

Benghazi was the cradle of the uprising that ended Muammar Gaddafi’s 42 years of iron rule in 2011.

The blast was caused by a car bomb and “caused deaths and injuries”, a security official said, without immediately being able to give further details.

It damaged a dozen or more vehicles and shattered the windows of buildings nearby, sending aloft a thick cloud of smoke and flinging dust several blocks away.

A doctor said three deaths were confirmed including a child, along with 17 injuries.

“I saw people running and some of them were collecting parts of bodies,” a witness who declined to be identified said.

Hundreds of angry people gathered at the scene, blaming armed groups for the explosion and calling for them to be driven out of Benghazi.

The post-Gaddafi transitional government based in Tripoli exerts scant authority over much of the country.

The latest violence comes days after the US and Britain withdrew some staff from their embassies in the Libyan capital, citing security concerns over a flare-up between armed groups and the authorities.

The fighters, mostly former rebels who helped topple Gaddafi, had surrounded the foreign and justice ministries to press for a vote in the National Assembly barring former officials of his regime from holding government jobs.

They lifted the siege on Sunday, ending a two-week standoff, days after the vote was passed by the General National Congress and a pledge by Ali Zeidan, the prime minister, to reshuffle the cabinet soon. 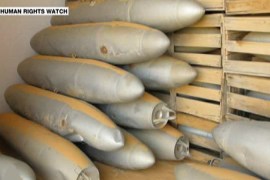 Arms ranging from handguns to anti-aircraft missiles have flooded the streets and across the border. 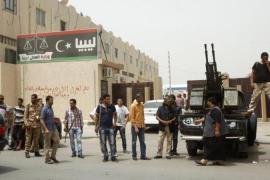 Armed groups end siege of foreign and justice ministries after hundreds of people rally against use of violent tactics. 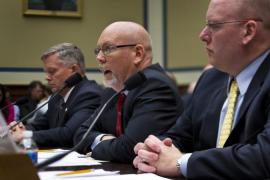 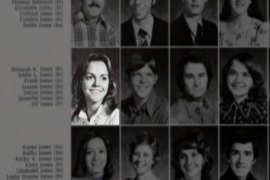