Prosecutors in Turkey have charged a retired general with attempting to kill late President Turgut Ozal, in a last-ditch effort to keep the investigation open two decades after his death, according to local media.

The indictment lists Ozal’s wife and son as plaintiffs and accuses Ersoz of “attempting to or succeeding in an attempt to murder the president”, according to Turkey’s Dogan News Agency.

Ozal’s body was exhumed last October after years of rumours that he was murdered by fighters of the “deep state” –  shadowy group within the Turkish establishment of the day.

He had angered some with his efforts to end a Kurdish rebellion and survived an assassination attempt in 1988.

An autopsy last year failed to find any evidence that Ozal, who died of heart failure in 1993 aged 65, had been poisoned as some members of his family had claimed, but prosecutors said at the time their investigations would continue.

However, under Turkey’s statute of limitations, legal proceedings cannot be initiated more than 20 years after the event.

The 20th anniversary of Ozal’s death falls on Wednesday.

Ersoz, who has denied any role in Ozal’s death, is also a top suspect in an ongoing case against Ergenekon, an alleged underground network of secular arch-nationalists.

Ergenekon is accused of being at the heart of political violence and extra-judicial killings which scarred Turkey for
decades, an embodiment of the anti-democratic forces that Recep Tayyip Erdogan, Turkish prime minister, says he has fought to stamp out.

Critics see the Ergenekon case as a ploy by Erdogan to stifle opposition.

Ozal, whose free-market economic reforms helped shape modern Turkey, was in poor health before his death.

After undergoing a triple heart bypass operation in the US in 1987, he kept up a gruelling schedule and remained overweight.

He dominated Turkish politics as prime minister from 1983 to 1989. Parliament then elected him president, but those close to him believe his reform efforts displeased some in the security establishment. 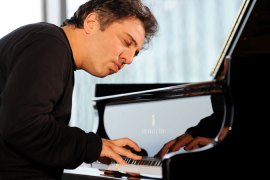 World-renowned musician Fazil Say has been given a suspended 10-month jail sentence for insulting Muslim values. 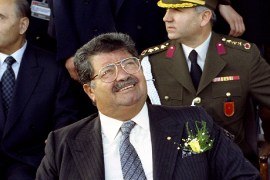 Remains of Turgut Ozal, who died while still in office in 1993, have been exhumed amid suspicions that he was poisoned. 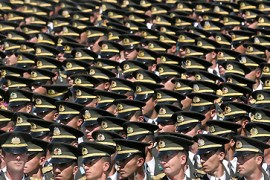 Details of alleged plot by military to undermine government and pave way for a coup. 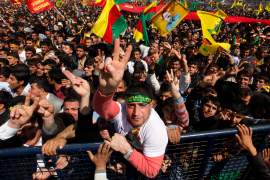 Turkey and the PKK: A chance for peace?

We discuss if the PKK leader’s truce statement will end decades of conflict and divisions.