North Korea has again threatened war against South Korea and the United States, saying conditions “for a simmering nuclear war” have been created on the peninsula.

The communist state’s foreign ministry said it will inform the UN Security Council of the latest situation, as tensions continue to simmer on Wednesday.

“Upon authorisation of the Foreign Ministry, the DPRK openly informs the UN Security Council  that the Korean Peninsula now has the conditions for a simmering nuclear war,” the statement said. “This is because of provocation moves by the US and South Korean puppets”.

As this developed, the North announced it was cutting a military hotline with the South, meaning that all direct inter-government and military contact has been suspended after it previously cut a Red Cross link.

“From now, the North-South military communications will be cut off,” the North Korean state news agency quoted a military official as saying.

In another sign of brewing tensions, a South Korean soldier standing on guard at the inter-Korean border threw a grenade towards a moving object in the dark early Wednesday, sparking a short-lived alarm.

Pyongyang said its military would put all field artillery units, including long-range artillery units and strategic rocket units, into combat duty position that will target all “enemy objects” in the US, “invasionary” bases on its mainland, Hawaii and Guam.

In an interview with Al Jazeera, Leonid Petrov, a Korea expert at Sydney’s Australian National University, said North’s “attention-seeking behaviour” is in response to it feeling “cornered” by the international community.

But Petrov also said he doubts the North will attack first, adding that its capability to target the US remains limited. Still, he warned that if something happens between the North and the US, “definitely Seoul is going to suffer”.

On the other hand, Petrov said, the North is also hinting that it is ready to negotiate.

“Pyongyang really want to have a peaceful, diplomatic solution to the growing problem,” he said.

The North accuses Washington of war preparations by using B-52 bombers, which have flown over the Korean peninsula as part of the drills, and it has abrogated an armistice that ended the 1950-53 Korean War. 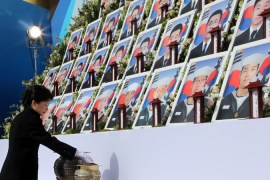 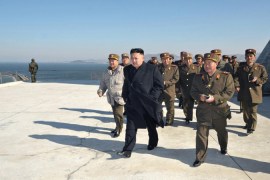 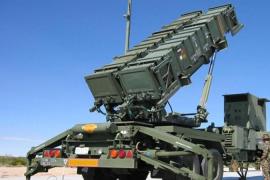