Bangladesh President Zillur Rahman has died in a Singapore hospital at the age of 84 after a long illness.

Rahman had been flown to Singapore’s Mount Elizabeth Hospital on March 10 for treatment of respiratory problems.

The veteran ruling party politician’s death does not affect the government because Bangladesh is a parliamentary democracy, with the prime minister holding the executive powers.

The president’s office said parliamentary speaker Abdul Hamid would act as the head of state until the legislature elected a new one.

“The acting president announced the three-day state mourning for the death of President Zillur Rahman,” a presidential spokesman was quoted by Bangladesh Sangbad Sangstha, the state news agency, as saying.

Rahman was a former deputy chief of Bangladesh’s ruling Awami League party before parliament elected him president in 2009.

Rahman leaves a son who is a politician and two daughters.

Ivy, Rahman‘s politician wife, died in August 2004 after she was critically injured in a grenade attack on an Awami League party rally that  killed 20 other people. 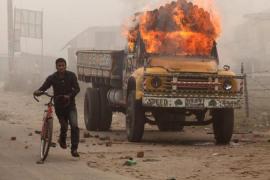 Spat between ruling party and opposition over restoration of caretaker system for upcoming vote has crippled the nation. 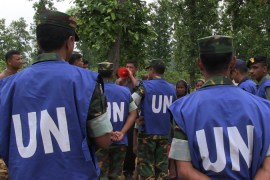 The South Asian nation contributes more personnel to UN’s peacekeeping operations than any other country in the world.