Though the ongoing construction of new multi-level glass buildings in Kabul may suggest otherwise, 2013 ended with a series of unanswered questions in Afghanistan.

Even after more than 2,500 representatives throughout the country urged him to sign a Bilateral Security Agreement with the United States, Hamid Karzai, the Afghan president, did an about face on the pact over the course of the three-day “consultative”  Loya Jirga he called in November.

In the summer, Fawzia Koofi, then still a possible contender for the presidency, began a contention debate over the Elimination of Violence Against Women law. Though the law had been approved by a 2009 presidential decree, Koofi worried that without the “prestige” of parliamentary approval it could be overturned by Karzai’s successor in 2014. Since that heated 20-minute parliamentary exchange however, the fate of the EVAW law remains uncertain.

But it was in the Persian Gulf, not Central Asia, that a story about the future of Afghanistan made global waves.

In June, after more than a year of unofficial talks with Western powers, the Taliban, Afghanistan’s largest armed opposition movement, announced the opening of a political office in Doha. Though initially hailed by Karzai as a step towards resolution of Afghanistan’s most recent conflict, the centre in the Qatari capital quickly closed its doors after Kabul cited a series of contradictions “between acts and the statements made by the United States of America in regard to the Peace Process”.

This “contradiction” was most evident in the black-and-white flag of the Islamic Emirate of Afghanistan that hung behind the two Taliban representatives. Though those steps towards peace faltered, the Karzai administration continued on its push to bring the Taliban to the negotiating table by pressuring Pakistan to free high-level Taliban officials under Islamabad’s custody. For his part, Karzai lobbied his southern neighbour to release Abdul Ghani Baradar , the group’s former second in command. Despite the high profile releases, however, any resolution to the decade-long conflict remains elusive.

For the second year, however, the most certainty and unity in Afghanistan was displayed through athletic triumphs. In September, after having defeated arch rival Pakistan in a friendly match in Kabul, Afghanistan’s national football team secured their first international title in a 2-0 victory against India to win the South Asian Football Federation Championship. 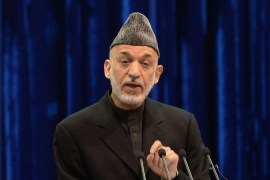 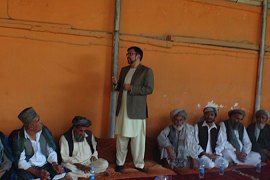 Country’s first president’s nephew, and former king’s grandson Nadir Naim hopes to serve the nation if he wins at polls. 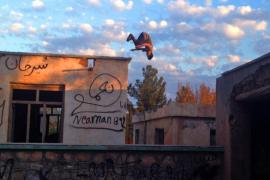 Giant leap for Parkour in Afghanistan