Syrian forces have launched a fierce offensive in the rebel-held Qalamoun hills forcing thousands of people to flee to neighbouring Lebanon, the Syrian Observatory for Human Rights has said.

Military air strikes hit the town of Qara, in the strategic Qalamoun region on Sunday, in an attempt to cut rebel supply lines to Damascus, the UK-based monitoring group, said.

“Regime troops are trying to storm [Qara] and drive the rebels out,” said Rami Abdel Rahman, human rights director for the group, adding that warplanes had bombarded the town heavily on Saturday as well.

Pro-government newspaper, al-Watan, also reported the attacks, describing the army as “closing in” on rebel fighters around the town.

Al Jazeera’s Zeina Khodr, reporting from Arsal in Lebanon, said at least a thousand families had fled across the border over the past two days alone.

Our correspondent said activists were describing the fighting in Qara as the first step in a larger battle for Qalamoun, a strategic and logistical hub for Syrian rebels.

Controlling the region makes it easier to assert control over movement down the length of Syria.

The battle for Qalamoun may be the final blow that dislodges rebels from the Damascus periphery, where food is running short and opposition fighters have lost a series of strongholds in recent weeks to forces loyal to Syrian President Bashar Assad.

The UN confirmed on Sunday that thousands of refugees were fleeing across the border amid icy winter conditions into Lebanon from Central Syria, mainly the border town of Arsal.

Dana Sleiman of the UNHCR said some families were in such a hurry that they could not collect any belongings before they fled, arriving “without anything except the clothes on their backs,” she said.

Bassel Hojeiri, the former mayor of Arsal, said that the refugees packed into wedding halls and makeshift shacks.

At least 10,000 people have fled to Arsal during the past three years of the Syrian conflict causing the population to nearly double, said Hojeiri.

After 32 months of the conflict,  the fighting between Assad’s troops and anti-govenment rebels has settled into a stalemate in which scores of people are killed every day.

More than 120,000 people have been killed, according to the UN and opposition activists, and more than two million people have fled to neighbouring countries. 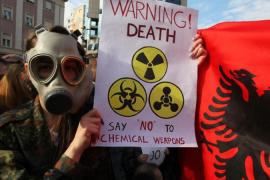 Government shuns US request to dispose of Syria’s stockpile, saying it is ill-equipped to do so. 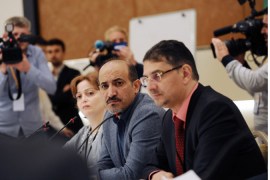 Syrian National Coalition says it intends to join Geneva peace talks, but only if certain conditions are met. 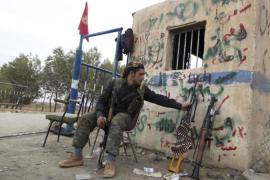 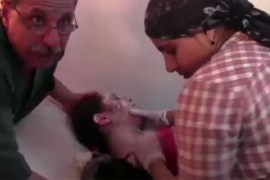 Rights group says it has documented at least 56 attacks with such weapons, some targeting civilians.