Supporters and opponents of deposed Egyptian President Mohamed Morsi have called for rival demonstrations on the 1973 Arab-Israeli war anniversary after the deadliest violence in weeks.

The Anti-Coup Alliance called on Saturday for its supporters to try to reach Cairo’s Tahrir Square on Sunday, which has been blocked off by the army, to mark the 40th anniversary of the war.

The conflict, known as the October war in the Arab world and the Yom Kippur war in Israel, is remembered proudly by the Egyptian army as it caught Israel’s defences unawares and led ultimately to Egypt’s recovery of the Sinai Peninsula in the 1979 peace treaty.

Many saw Friday’s protests, which resulted in four people dying and many more being injured, as a trial run for demonstrators to asses how the security forces would prevent Sunday’s marches.

The Egptian authorities on Saturday issued a warning to anyone considering marching on the anniversary.

“The Ministry of Interior asserts its determination on confronting violence and infringements of the law by Muslim Brotherhood supporters,” a ministry statement said.

“Security has been stepped up on highways, in all cities and at important installations.

“The Ministry of Interior warns against attempting to spoil the 6th of October commemoration.”

The military has significantly boosted its presence around Tahrir Square – where hundreds of thousands of Egyptians demonstrated during the revolt that toppled autocrat Hosni Mubarak in 2011 – after the clashes on Friday that spread across several cities.

Despite these warnings, the Anti-Coup Alliance, which is comprised of both Morsi supporters and those more concerned with the way the military has taken control of Egypt, has urged its supporters to take to the streets.

“The Egypt Anti-Coup Alliance repeats its call to all Egyptians to continue their protests in every part of Egypt, and to gather in Tahrir Square on Sunday, October 6, to celebrate the army of that victory and its leaders,” the group said.

Attempts on Friday by protesters against the army’s July 3 overthrow of Morsi to reach Tahrir Square sparked clashes with security forces who responded with tear gas and warning shots.

Four people were killed in Cairo’s deadliest protest violence in more than a month as demonstrators clashed with coup supporters as well as security forces.

Calls for demonstrations on Sunday were also made by Tamarod, the movement which led nationwide protests against Morsi that finally led to his ouster by the army.

“We call all Egyptians to come out tomorrow across all squares in the country to assert that this nation will not allow its revolution to be stolen,” prominent Tamarod leader Mahmoud Badr told reporters.

Al Jazeera’s Cairo correspondent, who we are not naming for security reasons, said that the demonstrations would start from five different spots around Cairo, and planned to converge on Tahrir Square in the afternoon.

“The stage truly is set for a very interesting turn of events tomorrow afternoon,” our correspondent said.

“Police will allow pedestrians in to the square on Sunday to watch a military march past and they are saying that celebrations will go ahead.

“The Anti-Coup Alliance has announced will start marches in five different areas at 2pm local time and will march towards Tahrir Square and they will converge at 4 o’clock.

“There are more vehicles and barrirs going up around the square. there is clearly a lot of celebration to keep the two sides apart.” 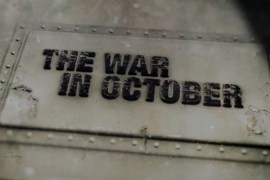 Al Jazeera examines three weeks of war from which both Arabs and Israelis claimed to emerge victorious. 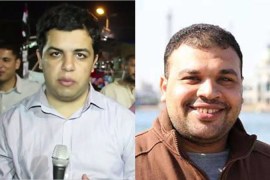 Colleagues and families rally for reporters incarcerated in Egypt for weeks. 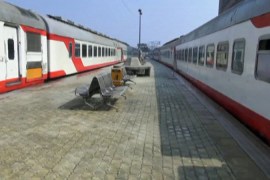 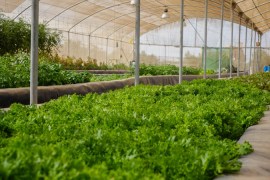 Water scarcity prompts farmers to use an ancient technique in pursuit of sustainable agriculture.