At least three people have been killed in a suicide bombing that hit a US consular vehicle in Pakistan’s northwestern city of Peshawar.

Two Americans working for the US consulate were wounded in Monday’s bomb attack on their vehicle, the American embassy said.

The blast also wounded two Pakistani employees of the consulate, the embassy in Islamabad said in a statement.

A policeman told Associated Press news agency that an explosive-filled car struck the US government vehicle after it had left the consulate. Seventeen more people were reportedly injured in the attack.

The identities of those killed remains unclear.

“We can confirm that a vehicle belonging to the US consulate in Peshawar was hit in an apparent terrorist attack,” the US embassy statement said.

“Two US personnel and two Pakistani staff of the consulate were injured and are receiving medical treatment.”

Hillary Clinton, the US Secretary of State, on Monday denounced the “cowardly” attack and praised local authorities’ response to the scene.

Clinton, on a visit to Jakarta shortly after the bombing in Peshawar, said that she wanted to “very clearly condemn the attack on our consulate personnel”.

“We deplore the cowardly act of suicide bombing and terrorist attacks that have affected so many people around the world and which we must all stand against,” she told reporters.

Al Jazeera’s Imtiaz Tyab, reporting from Islamabad, said: “What we are hearing is that three people are dead, and a number of people are wounded after a vehicle slammed into a US consulate vehicle.”

The area hosts several foreign organisations, including the UN.

There was no immediate claim of responsibility for the attack, which left a crater along a busy street.

Firemen could be seen putting out a vehicle that was destroyed in the explosion.

Television stations repeatedly broadcast an image of a US passport at the scene, its corners scorched by fire.

Pakistan’s Taliban, who are close to al-Qaeda, have been blamed for many of the suicide bombings across Pakistan, a strategic US ally.

Those attacks had eased in recent months but it was not clear if the lull was due to pressure from military offensives
or a shift in tactics.

Peshawar is situated near tribal areas bordering Afghanistan, where Taliban and al-Qaeda operate. 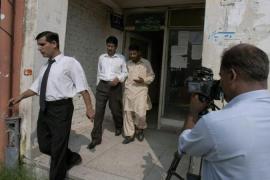 Authorities detain imam alleged to have planted pages of the Quran said to have been burnt by Christian girl. 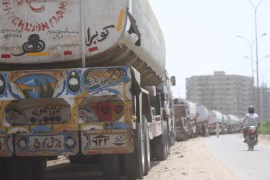 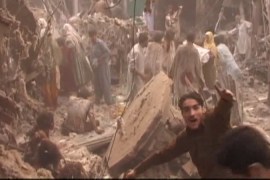 As the number of attacks increase, many victims find it difficult to cope with the aftermath. 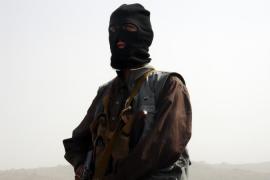