The two defendants facing the “most serious” charges have been referred to the High Criminal Court over the “use of torture and threats against six medic detainees, for the purpose of forcing a confession,” a government statement said on Monday.

It said all coerced confessions were dismissed during the widely-criticised trial of the medics.

The rest of the officers would appear in the Lower Criminal Court, it said.

The seven officers are lieutenants at the interior ministry. Ten other officers accused of mistreatment were being questioned, it said.

The hearing is scheduled for October 1.

Bahrain’s appeals court acquitted in June nine medics and cut the jail terms of nine others on Thursday for their role in anti-regime protests last year. Two others remain at large.

The 20 doctors and nurses worked at Manama’s Salmaniya Medical complex, stormed by security forces after a crackdown on a protest encampment at the capital’s nearby Pearl Square in March 2011.

Nine of the medics were found not guilty, five were to be freed for time served, while four that were convicted still had their right for appeal, authorities said at the time.

The other two are doctors Ghassan Daif and Saeed al-Samaheji, who were both sentenced to one year in prison.

The medics had faced various charges, the most serious of which was occupying the vital medical centre and possessing weapons while denying Sunni Muslims access to the hospital as Shia demonstrators camped in the car park.

They were handed sentences of between five and 15 years by a semi-military tribunal last September but were retried in civil court after the public prosecutor dismissed confessions allegedly extracted under torture.

The doctors had also been accused of spreading false information, particularly concerning the condition of wounded protesters, illegal acquisition of medicines and medical facilities and of participation in demonstrations.

At least 50 people have been killed in the uprising in the strategic kingdom, the base for the US Navy’s 5th Fleet. 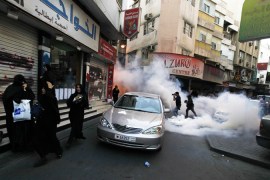 Dozens of anti-government protesters defied ban on unauthorised demonstrations to call for prisoner releases in Manama. 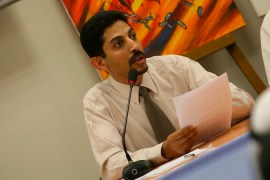 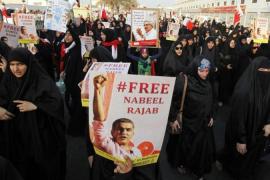 Anti-government protesters demand release of prisoners in the first permitted demonstration since June. 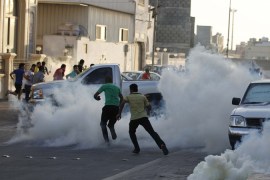