Egyptian President Mohamed Morsi has vowed that he will retake control of the Sinai after an attack near the Israeli border left at least 16 Egyptian guards dead.

The Israeli military says that five of the attackers, who attempted to enter Israel through the crossing during the raid, were killed.

“I have given clear orders to all of our security forces, the armed forces as well as the interior police, to move swiftly in capturing those behind this vicious attack,” Morsi said in a television address early on Monday.

“This incident will not go lightly. The security forces will implement entire control over all of these areas within Sinai and will ensure they are controlling it. Those behind the attacks will pay a high price as well as those who have been co-operating with those attackers, be it those inside or anywhere in Egypt.”

Sunday’s assault at Karem Abu Salem crossing in north Sinai – on the border between Egypt and Israel – took place as gunmen reportedly tried to smash their way across the border into Israel.

The Israeli military said the attack was part of a plot to abduct an Israeli soldier, and two vehicles commandeered by the attackers crashed into Israel, where one blew up.

Egyptian state television said that armed foreign fighters were behind the attack.

“But we are unable to independently corroborate these allegations just yet,” she said.

Rageh said the border police patrol were ambushed by masked armed men while they were having their traditional meal at the end of the daily fast during the Muslim month of Ramadan.

After the attack, Morsi held an urgent meeting with the country’s military, and promised a strong response to the attack.

“Those who were martyred in this attack during the time when they were breaking their fast during this holy month of Ramadan, those martyrs, their blood will not go in vain,” Morsi said.

One of the vehicles exploded and the second was targeted by Israeli aircraft, Avital Leibovich, a military spokeswoman.

Ehud Barak, Israel’s defence minister, said that eight of the attackers had been killed. He said the raid showed need for “determined Egyptian action” to impose security and “prevent terror in Sinai”.

Brigadier-General Yoav Mordechai, an Israeli military spokesperson, said on Monday that intelligence services had received reports of a planned attack beforehand and were “prepared for it”.

In a statement, Hamas, the Palestinian group controlling the Gaza Strip near Sinai, condemned the attack, calling it an “ugly crime” and extended “deep condolences to the families of the victims and to the leadership and the people of Egypt”.

Security officials told Al Jazeera early on Monday that they were in possession of three bodies of the perpetrators of the attack. The three are believed to have been killed while trying to enter Israel.

The official did not specify whether those attackers were killed by Egyptian or Israeli fire. He said that 10 people were believed to have carried out the attack.

Al Jazeera reporters said there was increased security along the border area following the attack. “The entire border area has been sealed with very heavy security on all the roads leading up to Sinai and not just the border area,” Rageh said.

Meanwhile Al Jazeera’s Cal Perry reported from Jerusalem that Egypt has indefinitely shut down the Rafah crossing on the border with the Gaza Strip. Rafah is the only crossing into Gaza not controlled by Israel.

Taher al-Nono, a Hamas spokesperson, meanwhile, said that the group was temporarily closing all tunnels along the border with Egypt immediately.

The Sinai is home to Egypt’s Red Sea resorts, a source of lucrative tourist income, and is also where the country’s Bedouin, who were long marginalised under the regime of fallen president Hosni Mubarak, are based.

“There was actually a warning out three days ago directed at Israeli civilians who vacation in the Sinai, warning against possible kidnapping attacks and threats from the Sinai,” reported Al Jazeera’s Perry.

“The Sinai is known [in Israel] as the ‘wild west’ […] because really the lawlessness is out of control. There are drug runners, there are smugglers, and there’s a lot of arms in the Sinai peninsula. Add to that the tunnel system from Gaza, and I think this is something that we’ll be seeing the Israelis take action on in the next 24 hours.”

The attack comes a month after armed men believed to be Islamist fighters shot dead two Egyptian soldiers in a dawn raid in north Sinai.

Before the July attack in Sheikh Zuwaid, a town roughly 15km west of the Gaza Strip, the fighters had distributed pamphlets calling on the army, brought in to restore security, to leave the lawless north of the peninsula.

The military sent tanks and soldiers into the region last year to quell Islamist fighters, after receiving permission from Israel. Under a 1979 peace treaty with Israel, Egypt should have a limited military presence in the area. 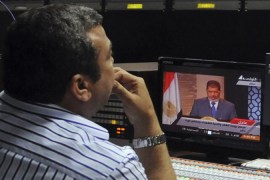 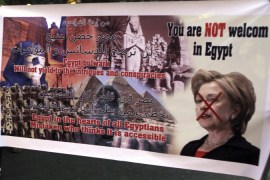 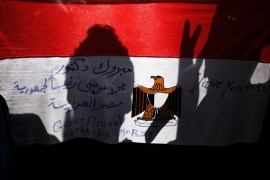