The Syrian army has shelled rebel-held districts of the country’s second largest city and commercial capital, Aleppo, amid violence nationwide that has left 37 people, 27 of them civilians, dead, according to a human rights group.

Ten people were killed in Aleppo on Monday, eight of them civilians, the Syrian Observatory for Human Rights (SOHR), the UK-based watchdog group, said.

Clashes broke out in the southwestern district of Salaheddin, where a rebel commander was killed on Monday morning after three tanks moved in on Sunday evening, the SOHR said.

“Rebels and regime forces also clashed fiercely in the Shaar, Hanano and Sakhur districts,” it said.

The army bombarded the Palace of Justice, as well as the Marjeh and Shaar districts. In Bab al-Nayrab, troops shot dead a civilian while he was helping wounded people, it added.

In another development, Syrian rebels said three Iranian captives were killed on Monday during an air attack in Damascus province by government forces, and threatened to kill their remaining captives unless the army stopped its attack.

“The [three] were killed when the aircraft attacked, one of the houses they were in collapsed over their heads,” the group’s spokesman, Moutassam al-Ahmad, told Reuters news agency.

“We will kill the rest if the army does not stop its assault. They have one hour.”

Clashes also broke out in the Sheikh Ibrahim area of Rokn Eddin district of Damascus, where four civilians were killed, according to reports.

“Regime forces gave residents an ultimatum to leave the neighbourhood, which sparked fears that the area would be shelled,” the SOHR’s Rami Abdel Rahman Abdel Rahman said.

Syrian state television said that “security services seized a den of terrorist mercenaries in the neighbourhood”, capturing a variety of weapons.

The security forces “clashed with the terrorists, killing a number of them and arresting others, while the rest threw down their arms and surrendered”, the television said.

The army had said on Saturday that it had “cleansed all the districts of Damascus”, after retaking the last rebel-held neighbourhood Tadamun in heavy fighting.

Against this backdrop, the head of the UN observer mission in Syria on Monday said he was seriously worried about the escalating violence in the country, above all the situation in Aleppo.

“I am extremely concerned about the continued violence in Syria, in particular the significant deterioration in Aleppo and its impact on the civilian population,” Lieutenant-General Babacar Gaye, interim head of the UN Supervision Mission in Syria, said in a statement.

“I urge the parties to protect civilians and respect their obligations under international humanitarian law,” he said.

“Civilians must not be subjected to shelling and use of heavy weapons.”

In a separate development, Russia’s interior ministry denied on Monday issuing any statement via Twitter on the health of Bashar al-Assad, dismissing the validity of a tweeted message that had suggested the Syrian president might have been killed.

A ministry spokesman denied any knowledge of a Twitter account bearing the name of the interior minister on which a message was sent quoting Russia’s ambassador to Syria as saying Assad might have been killed or wounded.

The Russian embassy in Damascus said it could not comment on the report. Riad Farid Hijab, said to be en route to Qatar, announces decision to join the “blessed revolution” as a “soldier”. 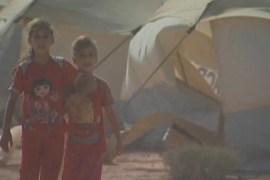 Syria: A death knell for diplomacy?

As Kofi Annan quits as the UN’s envoy to Syria, we ask if there is still hope for a diplomatic solution. 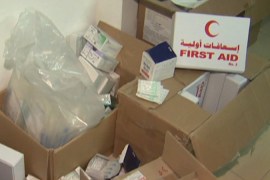 While the conflict plays out inside Syria, the materials that sustain the opposition trickle in over the borders.