Turkey is closing its border with Syria to commercial traffic, but will keep it open for refugees fleeing the Syrian conflict, a UNHCR spokeswoman has said.

“We’ve received assurances that it is staying open. The border is closed for all commercial traffic in both directions, that is what we heard from the Turkish government,” Sybella Wilkes, spokeswoman of the UN High Commissioner for Refugees (UNHCR), told the Reuters news agency.

About 300 Syrians had crossed overnight into Turkey, she added, some of them are using informal crossing points.

Earlier, Turkish Economy Minister Zafer Caglayan said the border posts would be sealed off due to the deteriorating security situation along the border.

“We have serious concerns over the safety of Turkish trucks regarding their entry and return from Syria,” Caglayan said, noting that there had already been an 87 per cent drop in trucks travelling to Syria this year.

Turkey had close trade ties to neighbouring Syria before the uprising against President Bashar al-Assad began 16 months ago.

But it has turned into a harsh critic and its territory along the of the 911-km border is used as a staging ground for the rebel army as well as a haven for thousands of refugees fleeing violence that activists say has killed 19,000 people so far.

Northern Syria, especially the province of Idlib, has been a steady scene of heavy fighting between Syrian forces and the rebels and large swathes of the countryside are under rebel control.

Rebels, for their part, generally move their weapons and material over the border through clandestine smuggler routes.

Caglayan told reporters Turkish trucks would not be allowed into Syria, though no restrictions were being imposed on trucks going the other way, contrary to what the UNHCR heard from the Turkish government.

The sealing will deprive Syria of a common route for imports. Dozens of Turkish trucks were either looted or torched when the rebels captured the border crossing of Bab al-Hawa last week.

In the past few weeks, the rate of Syrians arriving in Jordan has doubled to 1,200-1,300 per day, stretching a transfer facility overflowing with 6,500 people staying in desert conditions, Wilkes said.

The agency is urgently building a camp with tents at Za’atri in Mafraq.

“We are quite literally working overnight to get it ready. We may need to move in thousands of people,” she said. 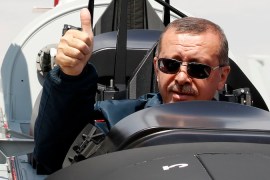 Syria to Turkey: Show me the missile

Ankara’s version of how a Turkish F4 Phantom jet was downed by Syria could be sliding into deep water. 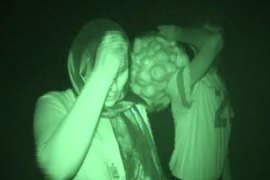 Al Jazeera meets a Syrian who alternates life as a refugee in Turkey with fighting in his homeland.

Why Turkey won’t go to war with Syria

Prime Minister Recep Tayyip Erdogan has yet to understand the new deal struck between Russia and the US. 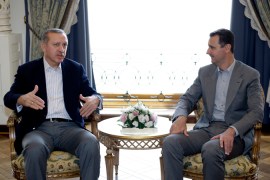