The Turkish president, Abdullah Gul, has said it is not possible to ignore the fact that Syria shot down one of its military jets.

“It is not possible to cover over a thing like this, whatever is necessary will be done,” Gul was quoted as saying by state news agency Anatolia on Saturday. It was not immediately clear where he was speaking from.

Gul said it was routine for jets travelling at high speed to cross borders for a short distance. He said an investigation into the incident would look at whether the plane was downed in Turkish airspace.

“It is routine for jet fighters to sometimes fly in and out over [national] borders … when you consider their speed over the sea,” Gul told Anatolia. “These are not ill-intentioned things but [they can] happen beyond control due to the jets’ speed.”

Gul also said Ankara had been in telephone contact with Damascus and that a joint search operation for the plane and missing pilots was still under way.

The statement comes after the Syrian military said it shot down a Turkish fighter jet “over its territorial waters”, risking a new crisis between the neighbours already at bitter odds over a 16-month-old revolt against Syrian President Bashar al-Assad.

“Our air defences confronted a target that penetrated our air space over our territorial waters pre-afternoon on Friday and shot it down. It turned out to be a Turkish military plane,” a statement by the military circulated on state media said.

“As a result of information obtained from the evaluation of our concerned institutions and from within the joint search and rescue operations with Syria, it is understood that our plane was brought down by Syria,” the office said in a statement.

Turkey would decide on its response to the incident once all the details became clear, it said in the statement, issued after a two-hour meeting between Erdogan, members of his cabinet and the military.

Ban Ki-moon, UN secretary-general, said through a spokesperson on Saturday that he hopes Turkey and Syria will exercise restraint over Syria’s downing of a Turkish jet fighter over the Mediterranean.

“The secretary-general is following the situation closely. He hopes this serious incident can be handled with restraint by both sides through diplomatic channels,” Ban’s spokeperson Martin Nesirky said in an emailed statement.

Al Jazeera’s Anita McNaught, reporting from Istanbul, said: “What those necessary measures are in Turkey’s view – whether it will be taking it alone, invoking its membership in NATO or calling for wider support – we don’t know.”

“Beyond that, what was a Turkish fighter plane doing in Syrian airspace in the first place?” she asked.

“We don’t know how the plane was downed and how the international community is going to support Turkey in whatever response it decides to take.”

The military has said a search and rescue operation for the two pilots of the F-4 plane was under way, Anatolia reported.

The jet had lost radio contact with its base over the eastern Mediterranean near Syria’s Latakia, an army statement had said earlier.

Ankara had said earlier that it had lost contact with one of its military aircraft off its southeastern coast after it took off from Erhac airport in the eastern province of Malatya.

NATO-member Turkey, which had drawn close to Syria before the uprising against Assad, turned against the Syrian leader when he responded violently to pro-democracy protests inspired by popular upheavals elsewhere in the Arab world.

Ankara has previously floated the possibility of setting up some kind of safe haven or humanitarian corridor inside Syria, which would entail military intervention, but has said it would undertake no such action without UN Security Council approval.

Our correspondent said: “This is a dramatic escalation in tensions between two neighbouring countries. Relations have been bad for many months and the worst was when the Syrian army fired on a Turkish refugee camp holding Syrian refugees.

“At that point, Turkey invoked issues of national sovereignty. It was seen as a bit of over-reaction then.

“We are in a completely different territory now.”

Russia and China, Assad’s strongest backers abroad, have fiercely opposed any outside interference in the Syrian crisis, saying UN and Arab League envoy Kofi Annan’s peace plan is the only way forward.

Russian Foreign Minister Sergei Lavrov said after talks with his Syrian counterpart that he had urged Syria to “do a lot more” to implement Annan’s proposals, but that foreign countries must also press rebels to stop the violence.

Lavrov said the Syrian authorities were ready to withdraw troops from cities “simultaneously” with opposition fighters.

A Syrian military pullback and a ceasefire were key elements in Annan’s six-point peace plan.

Annan hit out at some countries he said had taken national initiatives that risked unleashing “destructive competition”.

He told a news conference in Geneva on Friday that he wanted states with influence on both sides of the conflict to be involved in the peace process, including Iran, Assad’s closest ally.

Annan was speaking a week before a planned Syria crisis meeting that is in doubt because of Western objections to the Islamic Republic’s participation. 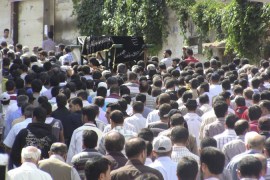 Foreign, interior and defence ministers remain the same, as activists report deaths of 28 people in the country’s east. 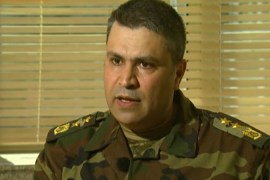 Former colonel calls for international help as many more troops wanting to defect are holding back because of fear. 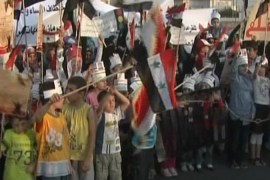 Many say Syrian embassy has refused to issue or renew their passports for protesting against the government.