The White House has formally acknowledged for the first time that it is conducting lethal attacks against al-Qaeda in Yemen and Somalia, after it had partially lifted the lid of secrecy on its counterterrorism campaign.

The White House’s semi-annual report to Congress on the state of US combat operations abroad, delivered on Friday, said that the US military had been taking “direct action” against members of al-Qaeda and affiliates in Yemen and Somalia, as has been widely reported for years.

The report does not elaborate, but “direct action” is a military term that refers to a range of lethal attacks, which in the cases of Yemen and Somalia include attacks by armed drones.

The report does not mention drones, which are remote-controlled, pilotless aircraft equipped with surveillance cameras and sometimes armed with missiles.

The report applies only to US military operations, including those by special operations forces, not those conducted by the CIA.

“In all cases we are focused on those al-Qaeda members and affiliates who pose a direct threat to the United States and to our national interests,” Pentagon press secretary George Little said after the report’s release.

“This report contains information about these operations owing to their growing significance in our overall counterterrorism effort.”

The report does not provide details of any military operations in either Yemen or Somalia. It merely acknowledges they have happened.

Killings of terror suspects overseas are acknowledged by the administration, but it does not mention the involvement of drones. The CIA and military have separate drone fleets.

The decision by President Barack Obama to declassify the existence of the counterterror actions in those two countries amounts an incremental move toward greater openness about the use of US force overseas.

It does not reflect any change in the intensity or basic character of the US campaign to defeat al-Qaeda.

A previous step in the direction of greater official transparency came in April when the White House’s counterterrorism chief, John Brennan, made the first formal confirmation that the US uses armed drones against terrorists.

But he did not mention their use in specific countries.

The new information in Friday’s report comes amid outcries from some in Congress about leaks to the news media about details of classified activities such as the existence of a White House “kill list” of targeted al-Qaeda fighters.

The accusation, mostly by Republicans, is that the White House has orchestrated the leaks to improve Obama’s re-election chances, an allegation the president has rejected as “offensive” and “wrong.”

Three administration officials who briefed The Associated Press on the decision to declassify the existence of the military’s counterterrorism campaigns in Yemen and Somalia said Obama determined that the time was ripe, in part because the US has built closer relations with the Yemeni government and with governments interested in eliminating extremist elements in Somalia.

Somalia has not had a fully functioning government since 1991.

The last report, on December 15, 2011, made no mention of Yemen or Somalia. Instead it said that in relation to efforts against al-Qaeda, the US was working with partners “with a particular focus on countries within the US Central Command’s area of responsibility,” which is a broad swath of territory that includes the entire Middle East and Central Asia.

Friday’s report was more explicit. It said that in Somalia the US military has worked to counter the terrorist threat posed by al-Qaeda and al-Qaeda-affiliated al-Shabab, which controls swathes of Somali territory and has been fighting government and African Union forces for years.

“In a limited number of cases, the US military has taken direct action in Somalia against members of al-Qaeda, including those who are also members of al-Shabab, who are engaged in efforts to carry out terrorist attacks against the United States and our interests,” it said.

It said the US military also has been working closely with the Yemeni government to “operationally dismantle and ultimately eliminate” the terrorist threat posed by al-Qaeda in the Arabian Peninsula, or AQAP.

It called AQAP “the most active and dangerous affiliate of al-Qaeda today.”

“Our joint efforts have resulted in direct action against a limited number of AQAP operatives and senior leaders in that country who posed a terrorist threat to the United States and our interests,” the report said. 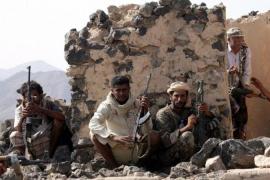 Wednesday’s drone attack that killed nine is part of offensive against fighters based in the country’s south. 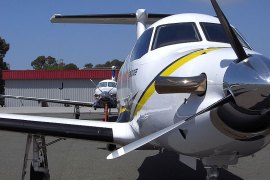 ‘US expanding spying network’ in Africa