Pakistan has confirmed its president will attend a summit of NATO leaders this weekend in Chicago as negotiations with US to reopen supply lines into Afghanistan continues.

Nadeem Hotiana, a Pakistani embassy spokesman in Washington, said on Tuesday that Asif Ali Zardari would attend the May 20-21 summit.

Pakistan, which has endured a stormy diplomatic relationship with the US, closed the route in protest against the killing by US warplanes of 25 of its troops. Washington expressed regret for the incident and has been quietly urging Islamabad to reopen the route.

In a statement, Oana Lungescu, a NATO spokesman, said: “This meeting will underline the strong commitment of the international community to the people of Afghanistan and to its future. Pakistan has an important role to play in that future.”

But ties between Islamabad and Washington had gone from “from bad to worse”, Al Jazeera’s Kamal Hyder, reporting from the Pakistani capital, said.

Our correspondent said Pakistan had come under “a bit of pressure” from NATO members like Turkey, a major Islamabad ally, to reopen the route.

The killing of the soldiers fanned national anger over everything from covert CIA drone strikes to the US incursion into Pakistani territory last year to kill al Qaeda leader Osama bin Laden.

Hamid Karzai, the Afghan president, is also expected to attend the meeting, where NATO nations will hone their plans to withdraw most of their troops by the end of 2014.

As the Western presence ebbs, Pakistan, whose tribal areas are home to the Taliban and other groups, will be key in shaping Afghanistan’s future.

But the supply routes have been a major sticking point.

After weeks of talks between US and Pakistani officials in Islamabad, a Pentagon spokesman George Little said he hoped that an agreement would occur in the “very near future.”

Victoria Nuland, state department spokeswoman, said officials were still negotiating. She said a deal before next week’s NATO summit would be a “wonderful signal”, but that the alliance decided that Pakistan should participate regardless of whether an agreement is finalised.

In a statement, Yousuf Raza Gilani’s office said ministers had backed a proposal to allow NATO to send only non-lethal equipment into Afghanistan on Pakistani roads.

“It was also decided that the military authorities should negotiate fresh border ground rules with NATO … to ensure that incidents [such as November’s air strike] do not reoccur,” the prime minister’s office statement said.

The full cabinet was scheduled to meet on Wednesday to discuss the issue. 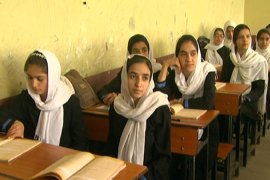 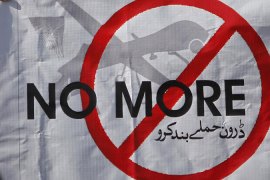 NATO: Caught in the headlights

Editor’s note: This article is part two of chapter five, and the fifth of a series of excerpts that Al Jazeera will be publishing from The Invisible Arab: The promise and peril of the Arab revolutions. You can also read an excerpt from the preface, from chapter one, L’Ancien Regime, from chapter two, The Miracle Generation and part one of chapter five, The West: Interests […] 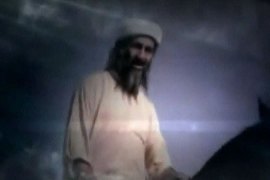