Libya will not send Saif al-Islam Gaddafi to the International Criminal Court (ICC) in The Hague, the country’s justice minister has said.

Saif al-Islam, the most prominent son of the country’s former leader, will instead be put on trial in his own country by Libyan judges, on charges of financial corruption, murder and rape, Ali Ashour told Reuters news agency on Sunday.

The second son of deposed Libyan leader Muammar Gaddafi, Saif al-Islam is in a secret prison in the custody of the Zintan fighters who captured him last year during the country’s bloody struggle to overthrow his father’s regime.

Earlier this week an ICC defence lawyer alleged that the Saif al-Islam was being mistreated and beaten, but Ashour denied the allegations, “He eats with the people who guard him, and he is in good condition,” Ashour said.

Pressure is mounting on Libya to hand Gaddafi’s son to the ICC, as human rights organisations say the country is unable to give him a fair trial.

The ICC ordered Libya on Wednesday to “comply with its obligations to enforce the warrant of arrest” and surrender Saif al-Islam to the court’s custody without delay.

An ICC delegation arrived in Tripoli on Sunday to discuss the case with the justice ministry, Libya’s representative in the ICC, Ahmad al-Jahani, told Reuters.

The court says that an UN Security Council Resolution obliges Libya to cooperate with the court, and Tripoli’s failure to hand over Saif al-Islam could result in it being reported to the council.

It says it has jurisdiction over the case because it issued warrants last year for the arrest of Muammar Gaddafi, Saif al-Islam and intelligence chief Abdullah al-Senussi, who was arrested last month in Mauritania.

The ICC had earlier given Libya until January 10 to say whether and when it would surrender Saif al-Islam and to provide information about his health, then extended the deadline to February.

However, Ashour said on Sunday that “there is no intention to hand him [Saif al-Islam] over to the ICC, and Libyan law is the right system to be used to try Saif Gaddafi”.

Ashour said his ministry had prepared a prison for Saif al-Islam and negotiations were under way with the Zintan fighters to transfer him to Tripoli.

The minister, however, declined to give details of how Saif al-Islam would be tried or of preparations for his trial, saying only that the judicial committee responsible for the trial had not yet been created.

Ashour said the 62-year-old former intelligence chief, Senussi – who is thought to have been behind the 1996 killing of more than 1,200 inmates at Tripoli’s Abu Salim prison and has been sentenced in absentia in France for the killing of a further 170 people in the 1989 bombing of a UTA airliner over Niger – is to be handed over to Libya by Mauritania.

“The Mauritanian president promised us that Abdullah Senussi will be handed over to the Libyan government and not to any other government,” he said. 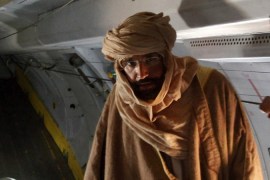 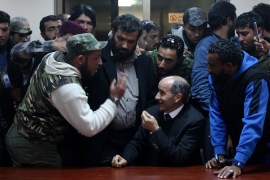 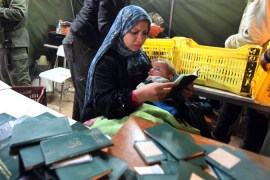 For refugees in Libya, hard to stay or go 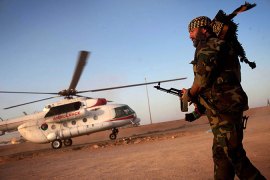