By Qais Azimy and Mujib Mashal

Abdul Salam Zaeef, a former Taliban leader considered an important interlocutor in negotiations to bring the armed group to the discussion table, has fled the country for safety reasons.

A source close to Zaeef told Al Jazeera that American forces had tried to search his Kabul home twice over allegations of involvement in an international terror plot, but his government-provided bodyguards had prevented their entry.

“He found life in Kabul difficult, and he is currently in the United Arab Emirates. Twice they came to get him, who knows if they might kill him the third time,” the source said.

An Afghan intelligence official confirmed that US forces tried to enter Zaeef’s home this month, but were prevented.

“The checkpost outside his home belongs to us, so we were contacted when the US forces arrived,” the officials said.

“We denied them entry, and we sent back-up security to the area.”

A spokesman for the US-led international coalition said they were unaware of the alleged raids.

“ISAF [International Security Assistance Force] and US forces have no records of ever visiting Mr Zaeef or his residence,” Lieutenant Colonel Jimmie Cummings, a spokesman for ISAF and US forces in Afghanistan, told Al Jazeera.

Zaeef was head of a provincial bank and a deputy minister during the Taliban government. At the time of the September 11, 2011 attacks on the United States, he was the regime’s ambassador to Pakistan, where he found himself at the centre of media attention, trying to defend his government.

Following the US invasion and the fall of Taliban, he was captured in Pakistan and sent to the US detention facility in Guantanamo Bay, where he was held for four years.

Zaeef has never apologised for his role under Taliban rule.

Waheed Muzhda, an Afghan analyst and former official in the Taliban government, said the US had suspected Zaeef of involvement in a terror plot last year.

Zaeef was summoned to the presidential palace by President Hamid Karzai last year, Muzhda said, where he was questioned about hosting and aiding two Arabs who were allegedly plotting attacks in the US and Europe for the September 11 anniversary.

“In front of Karzai, American officials had asked him about helping the two Arabs,” Muzhda claimed Zaeef telling him. “They [the American officials] told Zaeef that if an attack happened, he would be the prime suspect.”

‘Feared for his life’

Zaeef, under close watch by the government since his release from Guantanamo, pleaded his innocence, according to Muzhda. He said the accusations against him were baseless.

Muzhda said Zaeef feared for his life in the wake of the attempted raids on his home. Many of the Taliban prisoners freed from Guantanamo had been killed in night raids and that made Zaeef more nervous.

Zaeef’s book on his time in Guantanamo, detailing accusations of mistreatment of prisoners, had also not endeared him to the US.

But his name came up frequently as US authorities initiated peace talks with the Taliban.

Though the armed group has agreed to negotiations brokered by the Gulf state of Qatar, the talks have stalled over US reluctance to free five Taliban leaders being held in Guantanamo. 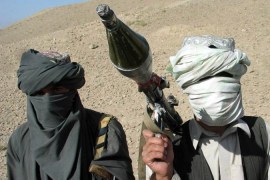 Group says “erratic” US did not keep promises, while President Hamid Karzai demands foreign troops pull out of villages. 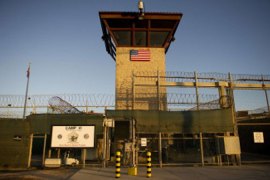 US says no decision reached on the transfer, which would be viewed as goodwill gesture in securing talks with Taliban. 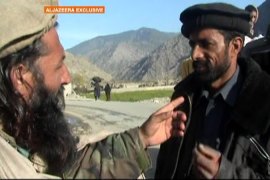