A neighbourhood watch volunteer has been charged with second-degree murder over the fatal shooting of unarmed black teenager Trayvon Martin in a Florida town.

Special prosecutor Angela Corey announced the charges against George Zimmerman, who told police at the time of the incident that he had acted in self-defence, at a news conference on Wednesday.

“I can tell you, we did not come to this decision lightly,” she said after a weeks-long investigation into the death of 17-year-old Martin on February 26.

In US law, murder in the second degree is defined as an intentional killing that is not premeditated or planned.

Corey said Zimmerman had turned himself in to authorities, who then arrested him and transferred him to a county jail in Sanford, the Florida town where Martin was killed. She said she would hold a news conference sometime later this week to discuss “new information” about the case.

The shooting has led to protests across the United States and spurred a debate about race and the laws of self-defence all the way to the White House and a comment from President Barack Obama: “If I had a son, he would look like Trayvon.”

Zimmerman had gone into hiding shortly after the shooting. He was not charged at that stage as police said they found no evidence to contradict his account.

Police cited Florida’s “Stand Your Ground” law, which allows people to use deadly force against adversaries when they fear great bodily harm or death.

A new lawyer for Zimmerman said his client would plead not guilty. Mark O’Mara said people should not jump to conclusions about his client’s guilt. He said Zimmerman was “hoping that the community would calm down” now that charges had been filed and the case was moving forward.

Prior to the announcement of the charges, Martin’s mother Sybrina Fulton said she had known “justice will be served” in her son’s death.

The Martin family and their lawyer Benjamin Crump had earlier renewed their pleas for calm.

Crump said the family wanted communities nationwide to remain calm in response to the prosecutor’s decision.

“We don’t need anybody taking these matters into their own hands,” Crump said.

Fulton and Trayvon’s father Tracy Martin spoke at a news conference in Washington, where Eric Holder, the US attorney general, said earlier that he would take appropriate action if evidence of a civil rights crime was found in the shooting.

Lawyers who had been representing Zimmerman said on Tuesday that he had been so “emotionally crippled” by the racially charged case that he may no longer be in control of his actions.

Lawyers Craig Sonner and Hal Uhrig said they had not heard from Zimmerman since Sunday and that they could no longer claim to act as his legal representatives, since he had failed to take their phone calls or respond to emails and had taken several recent actions without their advice.

“George Zimmerman, in our opinion and from information made available to us, is not doing well emotionally,” Uhrig said.

Both lawyers said they had never met face-to-face with Zimmerman, but had been in regular contact with him before Sunday.

“He’s gone on his own,” Sonner said of Zimmerman. “I’m not sure what he’s doing and who he’s talking to.” 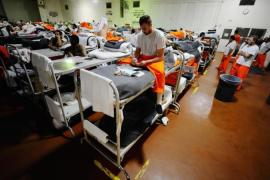 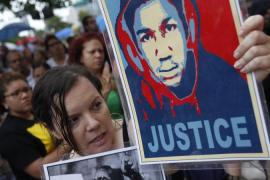 Activists are calling for justice in the 17-year-old’s death. 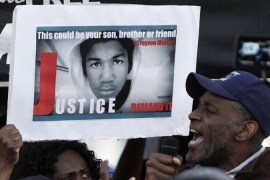 George Zimmerman may have pulled the trigger, but he didn’t act alone – he was aided and abetted by Florida’s lawmakers. 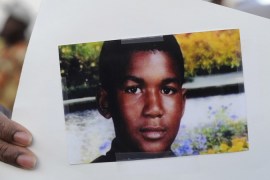 Trayvon Martin, a victim in the NRA’s culture war

When Florida passed the US’ first ‘Kill at Will’ law in 2005, it was a solution in search of a problem.